3,340 miles of windshield time...3 states and 1 sovereign Indian nation...5 rivers...and enough Great lakes steel to make it worth every minute of drive time and dollar spent.
Last year I made my first trip North to chase steelhead in the Great lakes area and quickly decided that this kind of trip needed to be a yearly adventure, which it officially now is. Just got back home Sunday from round two of the Rustbelt Steelhead Tour.

Last year was way too good for a first time steelheader... beautiful weather, a local house to crash in, rivers with perfect flows and cooperative fish. Those just aren't the typical steelheading conditions I've always heard about. Rain for days, blown out rivers, fish that just won't take a fly, that's what I thought steelheading was all about. Not to fear, the steelhead gods must have somehow sensed my angst and decided to have me pay a few of those dues on this years trip. It seemed that every day at least one of the rivers I decided to fish would be unfishable due to water conditions (this due to the rain that came in waves on a recurring pattern of every other day).

Luckily the area I based in has lots of water choices within 100 miles in either direction. After checking the USGS gauges first thing each morning it was simply a matter of putting in a little drive time to find decent conditions.

From the mudhole I called basecamp for the week, all five of the rivers I fished (and a few I didn't) were accessible within an hour or so drive if I didn't mind pushing the posted speed limit just a tad. The morning routine was to crawl out of the tent and make a quick hot breakfast, load all of the previously wet gear that had been drying out in the tent overnight back in the car, check the river gauges, make a tentative plan, point the car in that direction and head out.

As it turned out, often times my first choice didn't turn out to be the correct one. When that happened I cut my losses and worked up a plan B, which occasionally didn't pan out either, requiring a plan C. Thus you see how the 3340 miles of windshield time were reached.
I admit that I was a little particular in how and where I wanted to fish. Some of the closer waters definitely would have fished well at times but because of the lack of good swinging water with the two-hander and the amount of fishermen I witnessed I was more than willing to drive somewhere else. The fishing might not have been as good but one thing you'll notice in most all of my river shots is a lack of other people. I worked hard at trying to find pieces of water that were in good enough shape to fish but weren't lined bank to bank with other fishermen.

I started to say that this trip wasn't about catching fish, but that would be a lie. All fishing trips are about catching fish, if they weren't we'd leave all that expensive gear at home. Without a doubt, I could have caught considerably more fish if I'd been willing to share the water with other fishermen and chuck eggs under indicators. I have absolutely no problem with this type of fishing and have even been known to tie on the odd egg pattern myself when all else fails. I'm good with it...I just didn't drive 15 hours to do it. For me it was all about the two handed rod and trying to swing up a steelhead or two.

The fishing itself is hard to put into words. I wouldn't say that the fishing was good, due to the fact that I had to work my ass off for practically every fish I caught. From the drives to get there to the long hikes in to find less pressured water and the often less than optimal water conditions, everything was a little tougher this time around.
What I can say about the fishing is that it was extremely rewarding. Every fish caught felt like it was the result of good planning and hard work. These fish were deserving of a good smoke and some time spent sitting streamside after landing one to simply enjoy everything coming together.

Of the nine fish I landed during the week, I twice bested my largest fish from last year and ended up with one fish in particular that felt like the fish of a lifetime for this Kansas guy. While fishing one of the more famous local NY rivers I hooked up and landed a beautiful 32" wild hen. This one fish made the entire trip for me and it was hard to wipe the smile off my face for the remainder of the trip, regardless of what it threw at me.

To make it even better I was fishing with a good buddy from the area who was there to tail the fish for me. While I admittedly enjoy fishing alone, there are times when it's nice to have someone there to share a great moment with and this was one of those times.

While the majority of the actual fishing was done alone, I wouldn't have been nearly as successful without the help of several local friends who advised me on water conditions, sent me maps on river accesses and were always just a call away if I had any questions. That kind of knowledge is something you just can't do without when it comes to this kind of fishing and I owe those guys bigtime.
By the time the trip was over and it was time to pack up I really felt that I had accomplished something. I know they're just fish, and catching one isn't what most people would consider any kind of great feat. But for me it felt different. I'd driven halfway across the country with a truck full of gear and a basic plan and by some stroke of luck things had actually worked out nicely despite the somewhat adverse conditions.

What can I say, the old blind squirrel scenario plays out again...

Some Much Needed River Time...Part Two 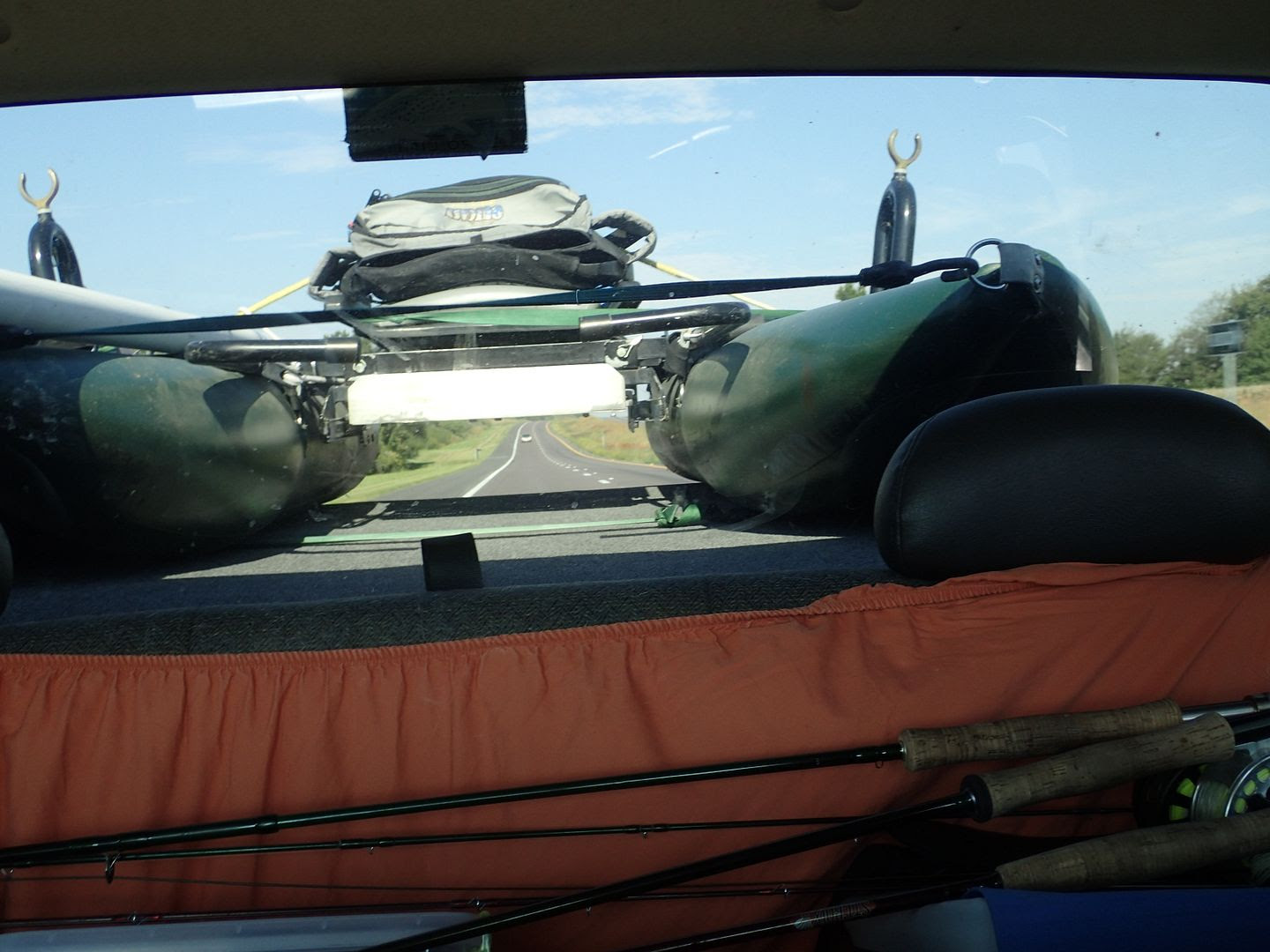 I arrived home from my smallmouth trip early Tuesday evening and didn't even bother to unload anything except my dirty clothes bag and camp dishes that required cleaning. By Thursday morning I was already heading back South for another round on my favorite trout stream in the state of Missouri. 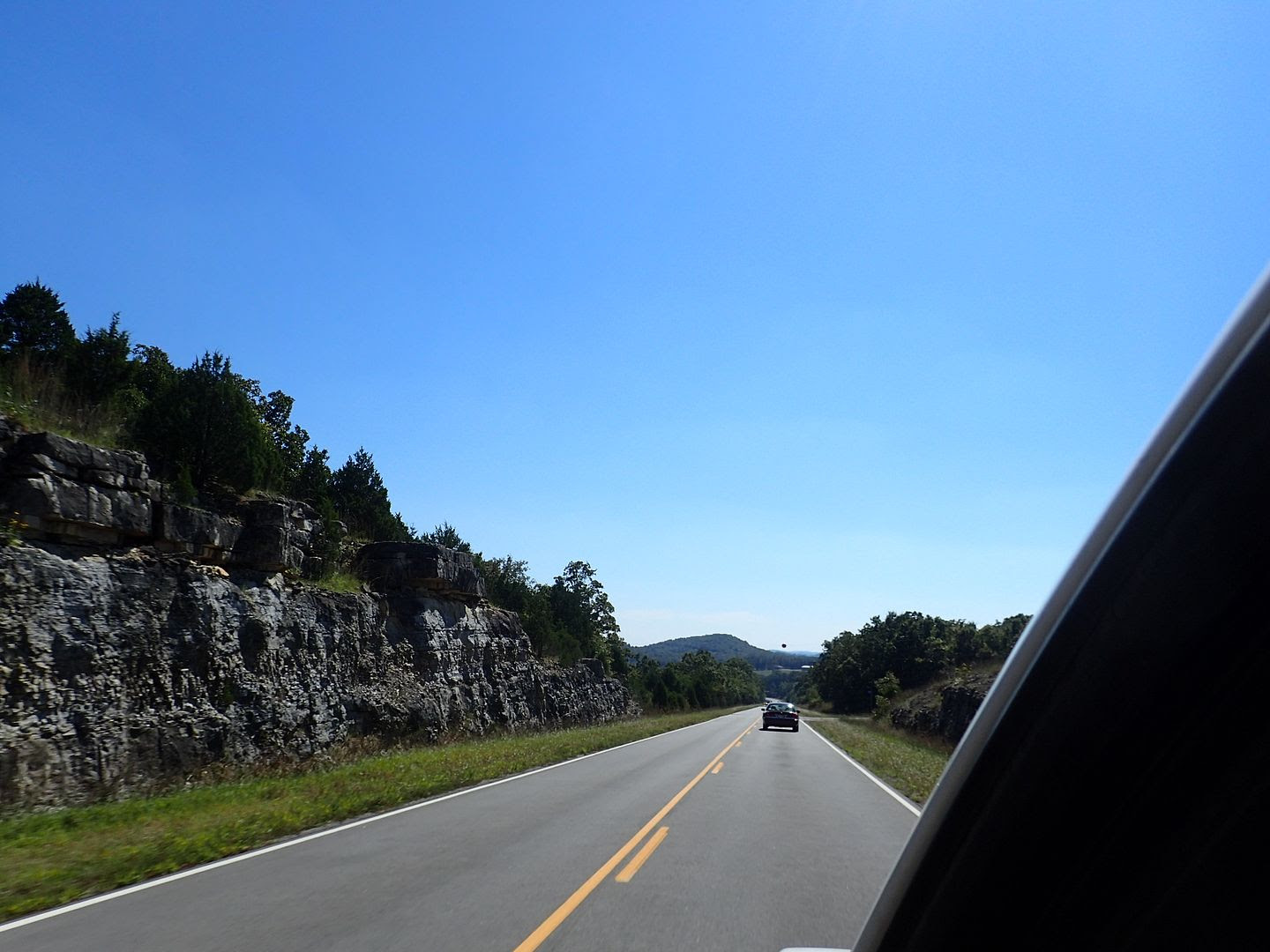 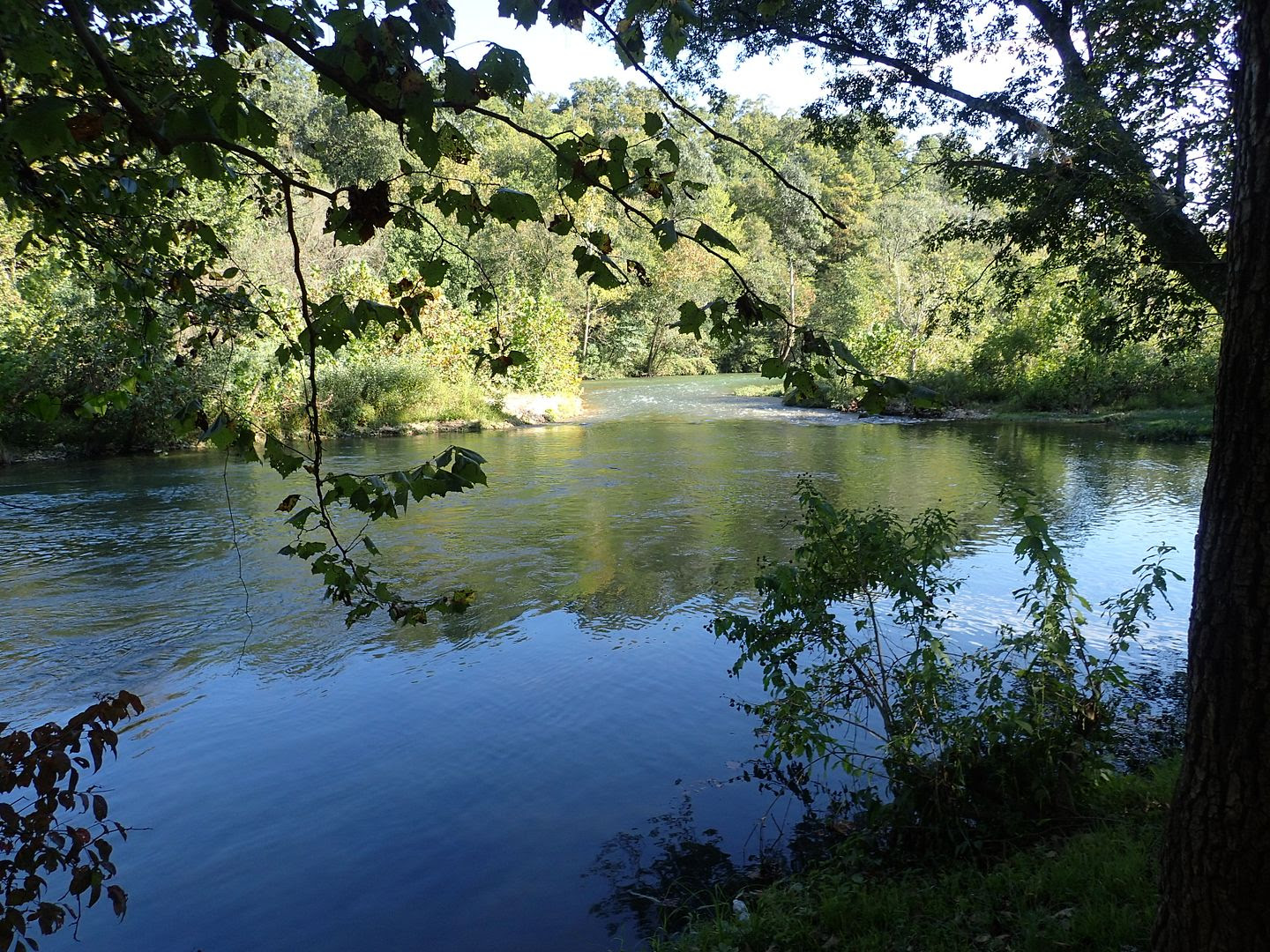 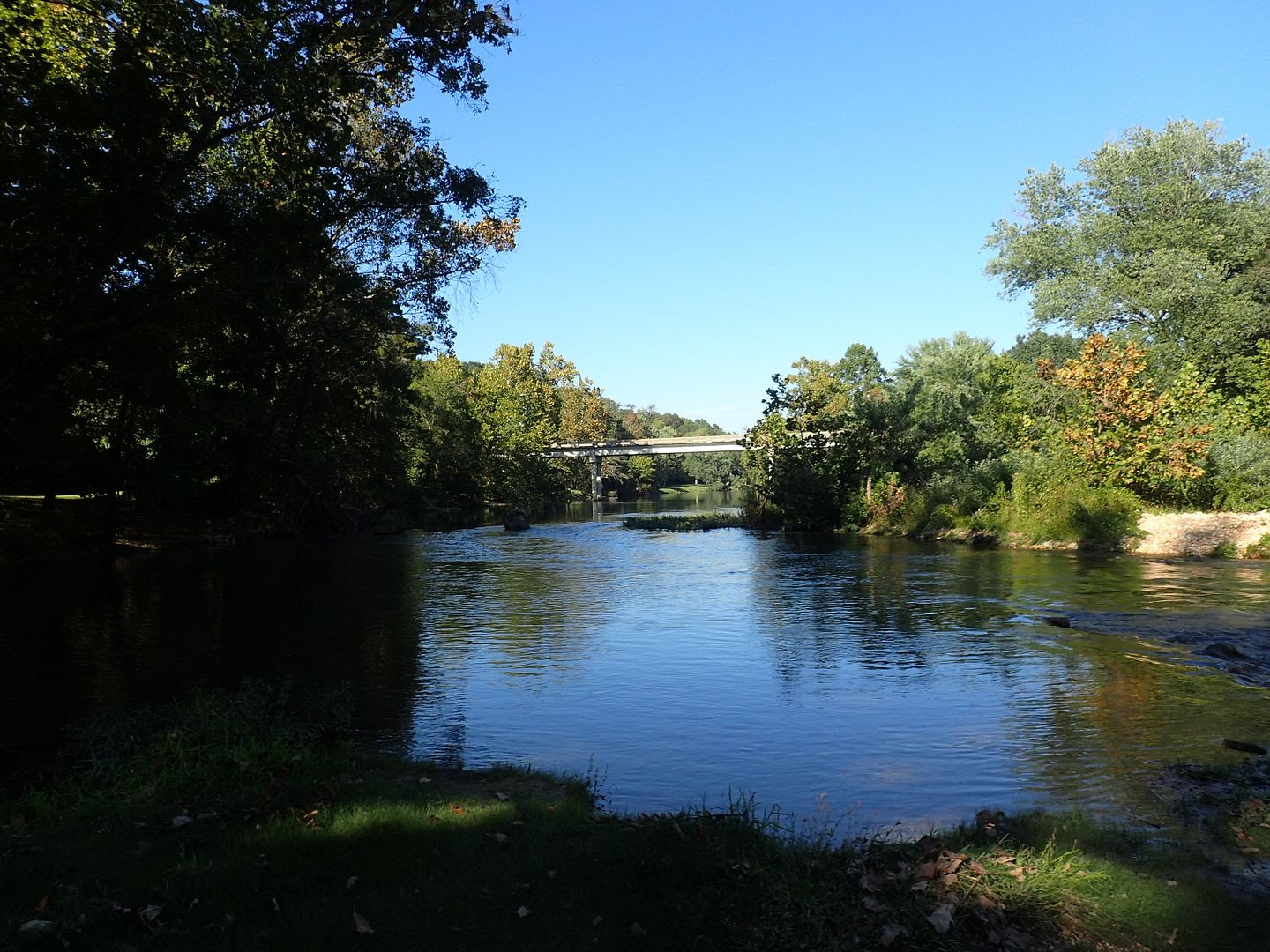 I showed up just after noon and picked a proper spot for camp right on the edge of the river. Not the best afternoon shade but the trade-off was the sound of a nearby riffle to drift off to sleep to. 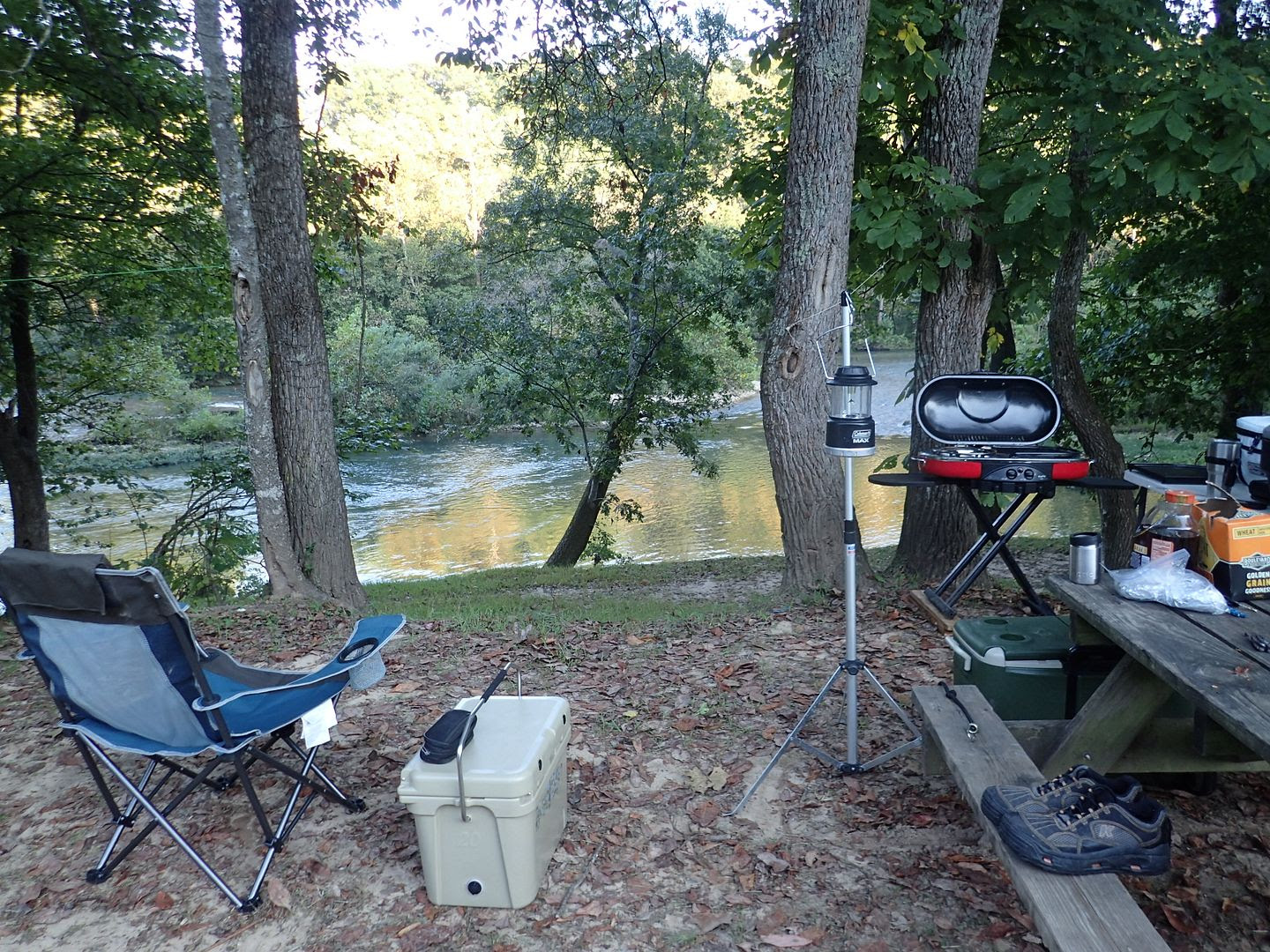 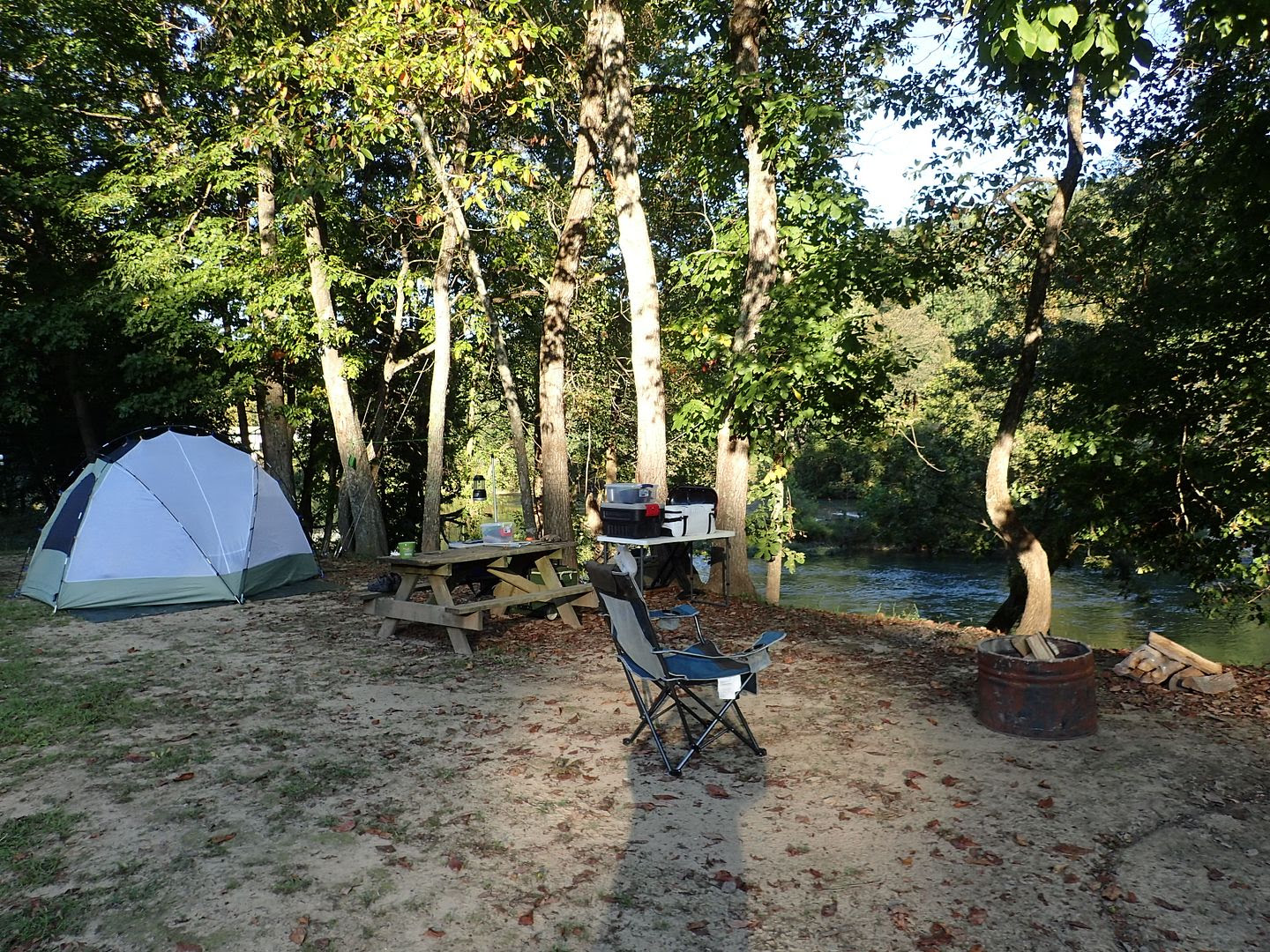 I was meeting a couple of friends for this part of the trip but they wouldn't show up until Friday morning so I got camp setup and then kicked back in a comfortable chair with a nice view and a cold beer. 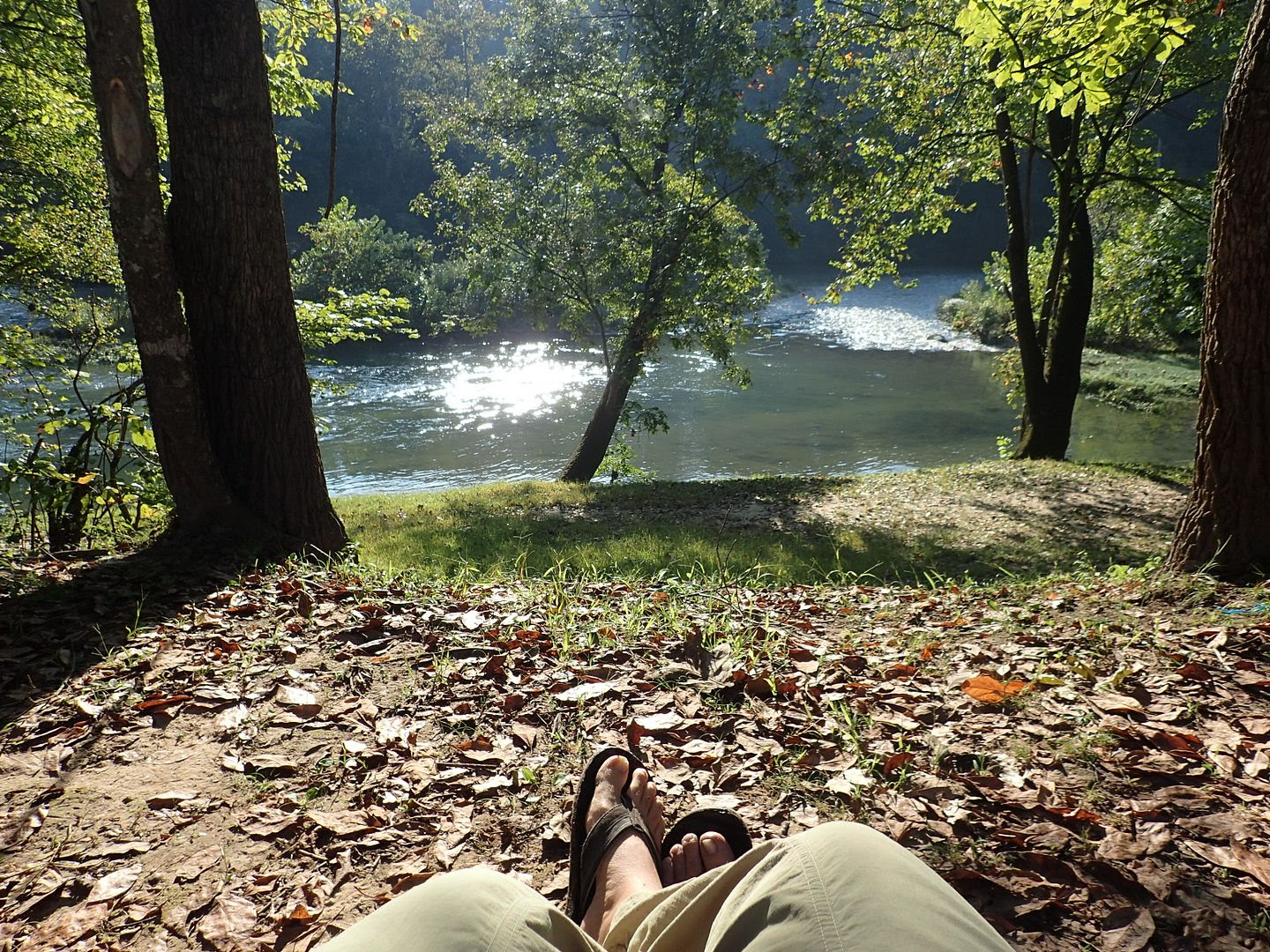 With three days of steady fishing ahead of me I took it easy that first afternoon. The spey rod was broken out and I spent a few hours swinging some small streamers in the run upstream from camp. A couple of small fish were caught but the real intent of the exercise was to get in some much needed casting practice. 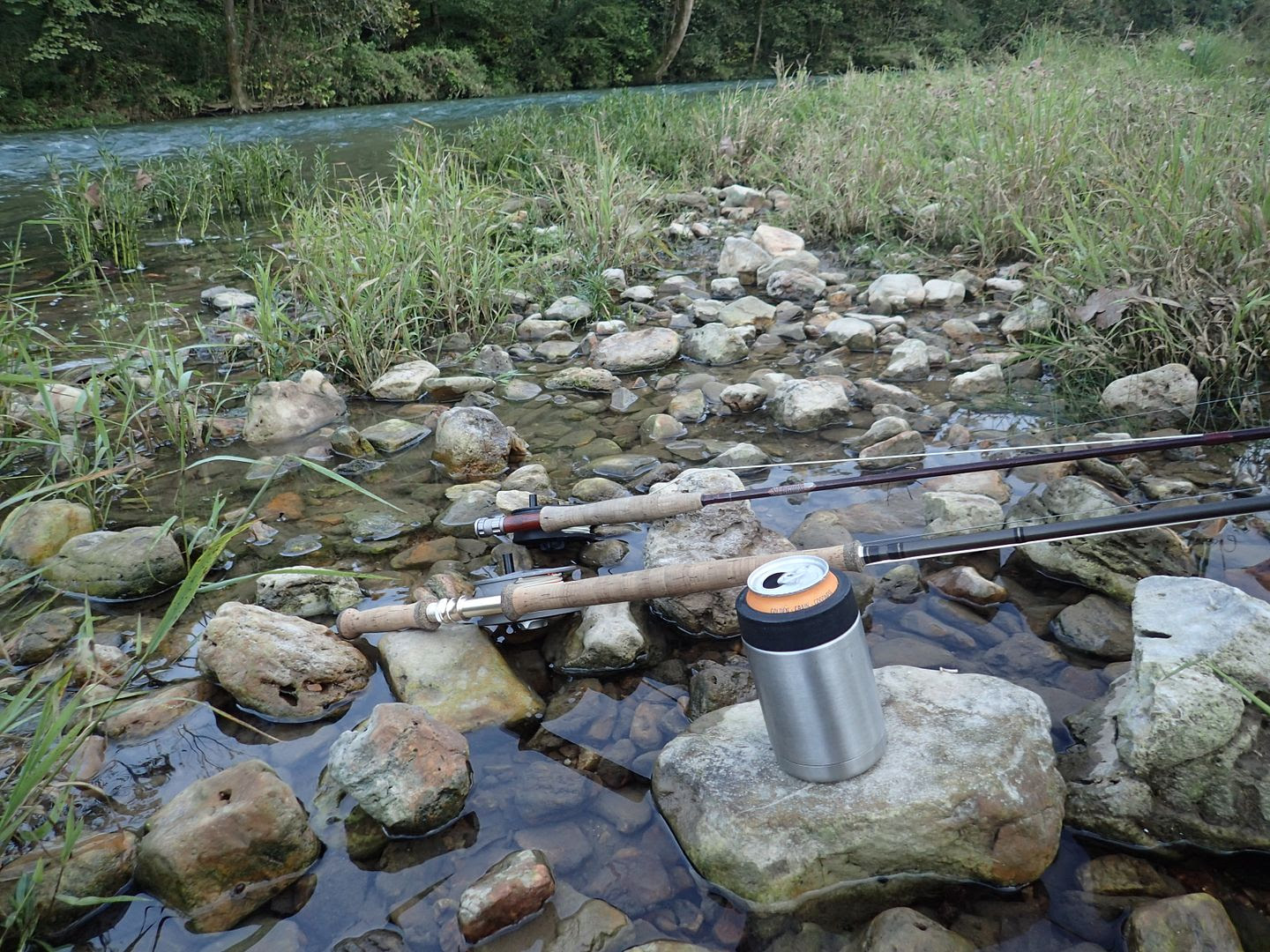 That evening, after throwing together a quick dinner, I kicked back around a blazing campfire and had a few more adult beverages to finish off what was a great start to the weekend. 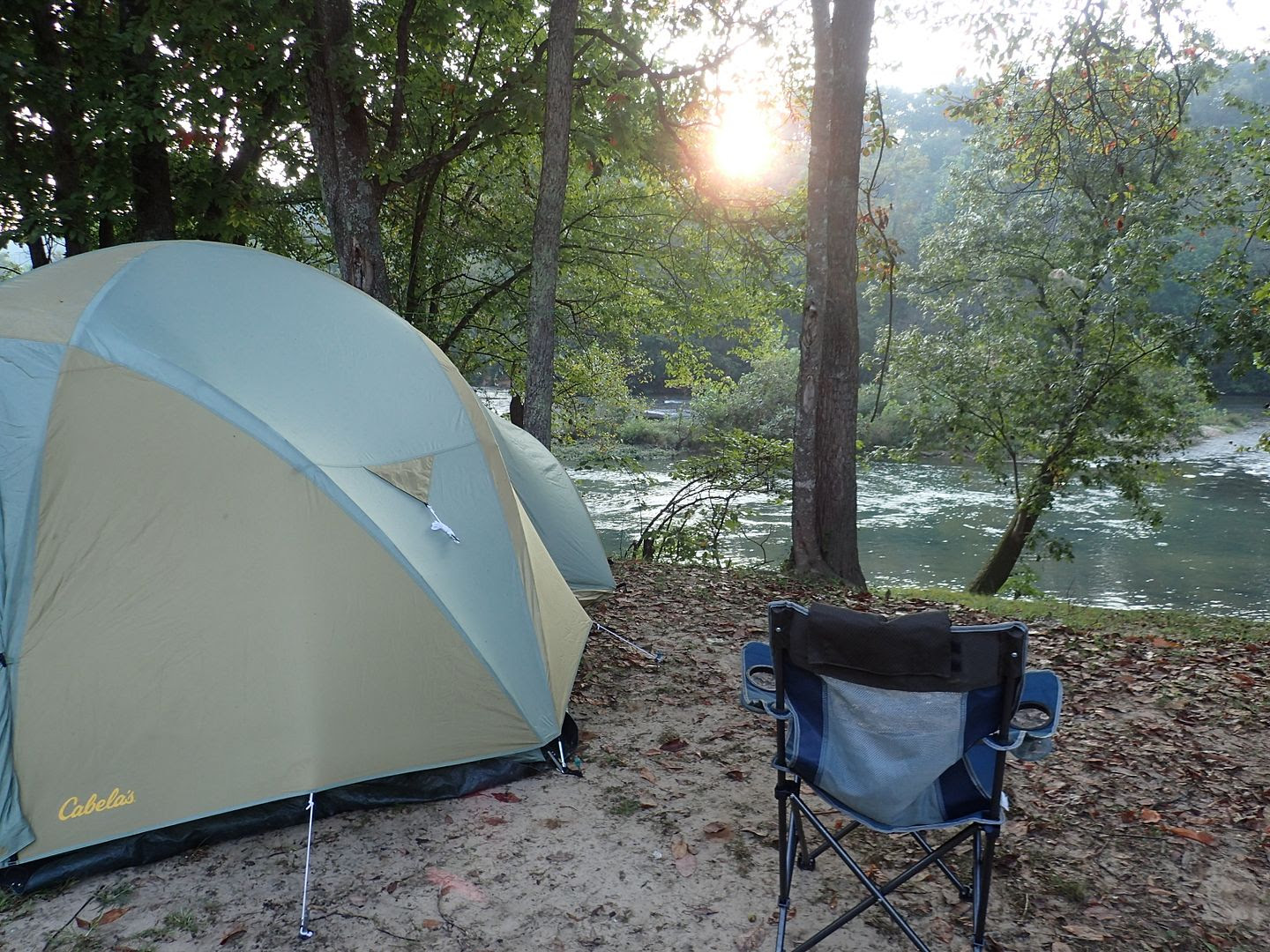 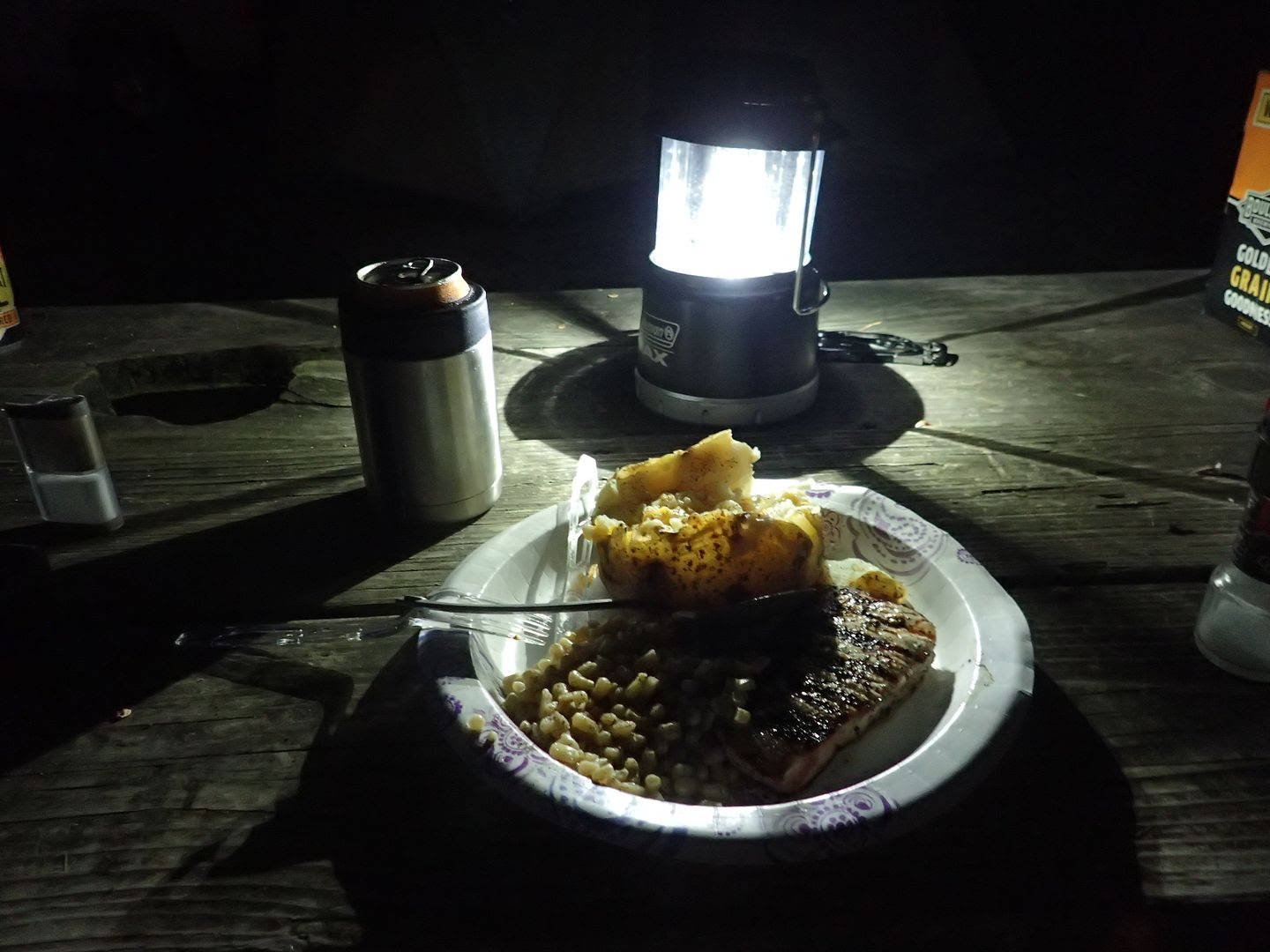 The rest of the group pulled into the campground Friday morning and after getting tents and gear unloaded we decided on a gameplan for the day and headed out. 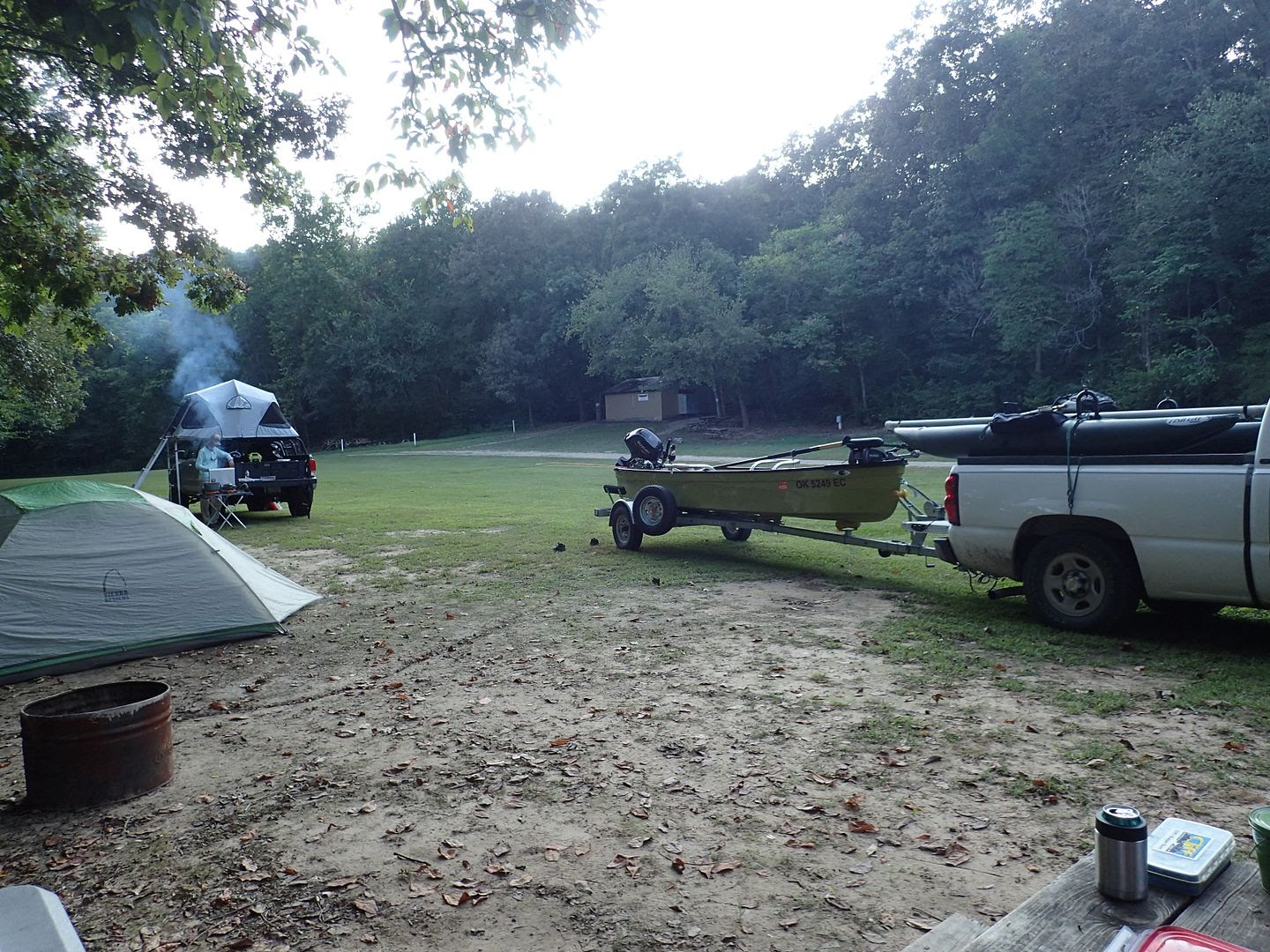 This is by far one of the prettiest stretches of water in the Ozarks and a real gem when it comes to fishing as well.

Smallmouth in the very upper reaches, wild rainbows dominating the middle river and good numbers of meat-eating browns and even a few white bass and stripers in the lower river. Pretty much everything a streamer guy could ask for in a body of water. 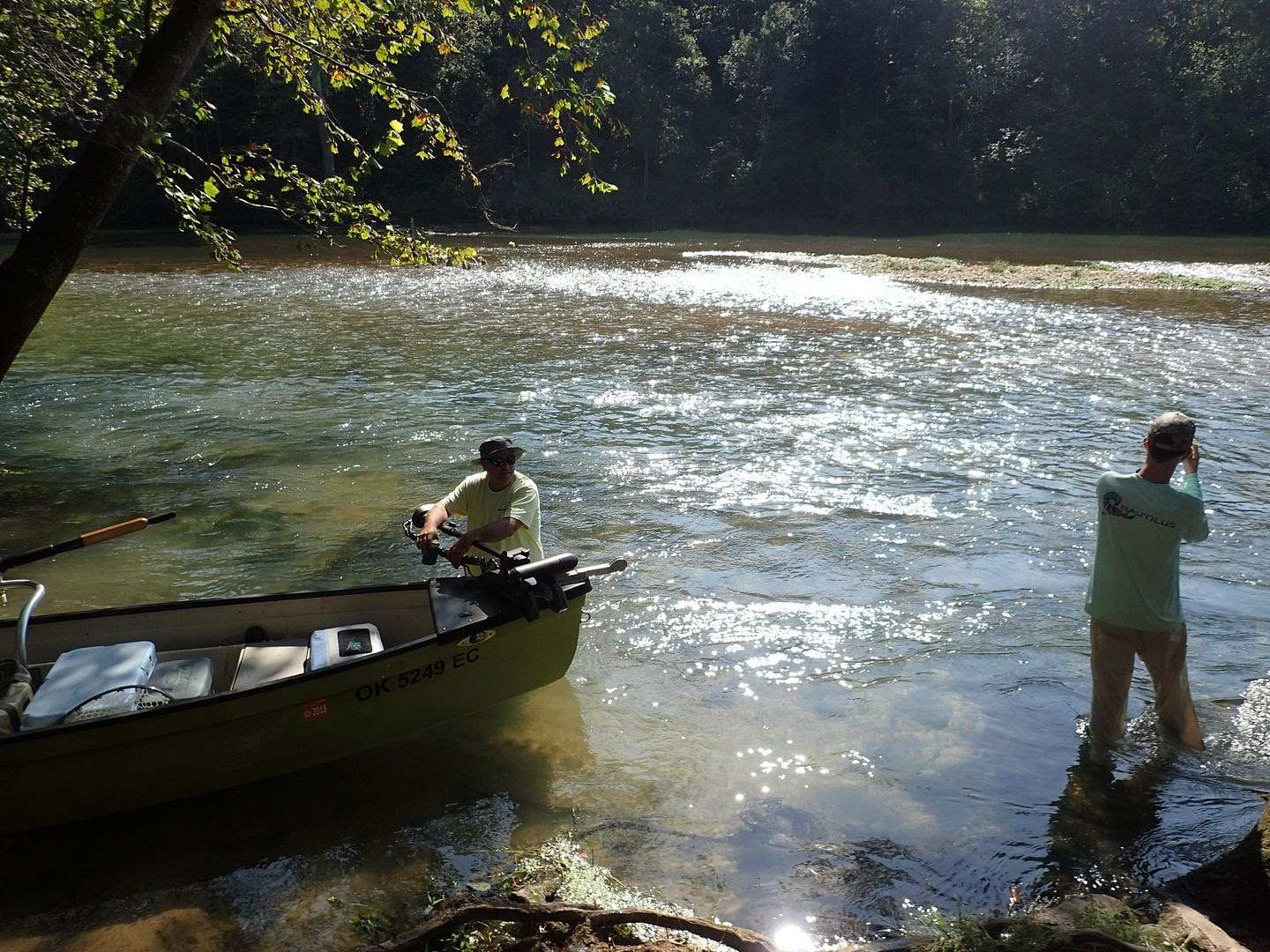 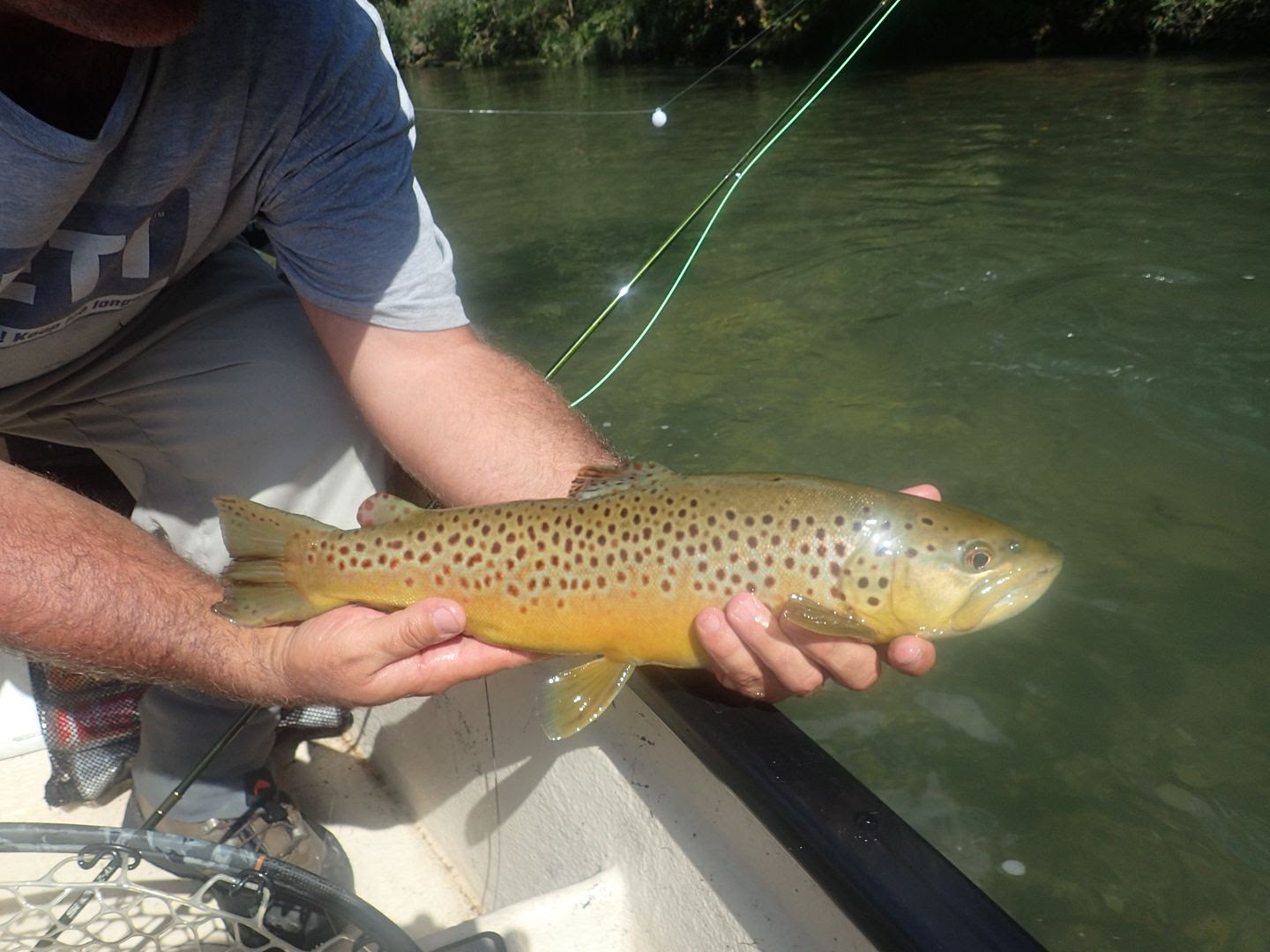 We floated the wild rainbow section on the first day and while a few streamers were thrown along the way it was mostly a nymphing game. While I don't plan many outings anymore which are basically what we call "bobber trips", this is one river where a few days nymphing up colorful wild rainbows and scrappy browns is a true pleasure. 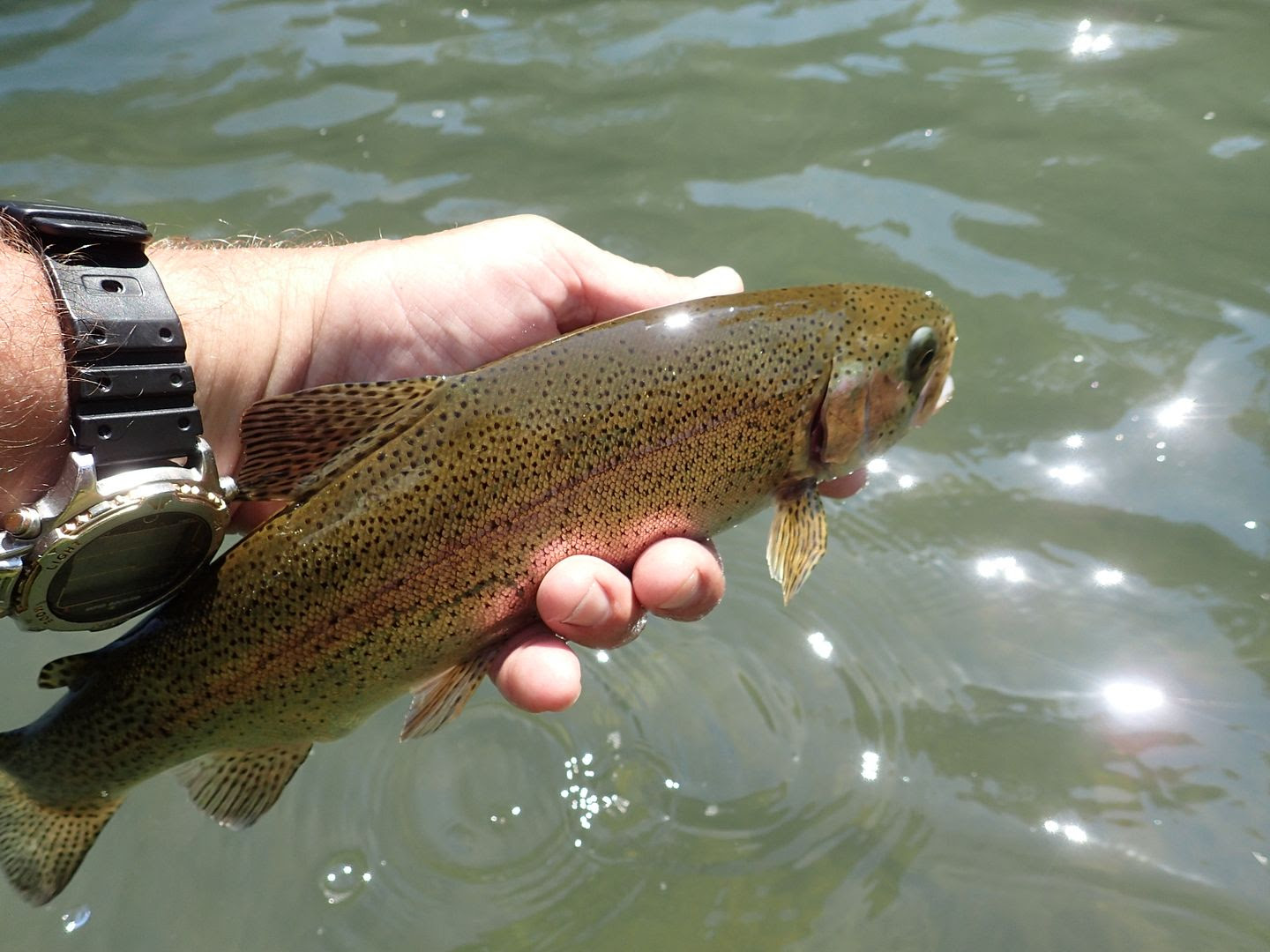 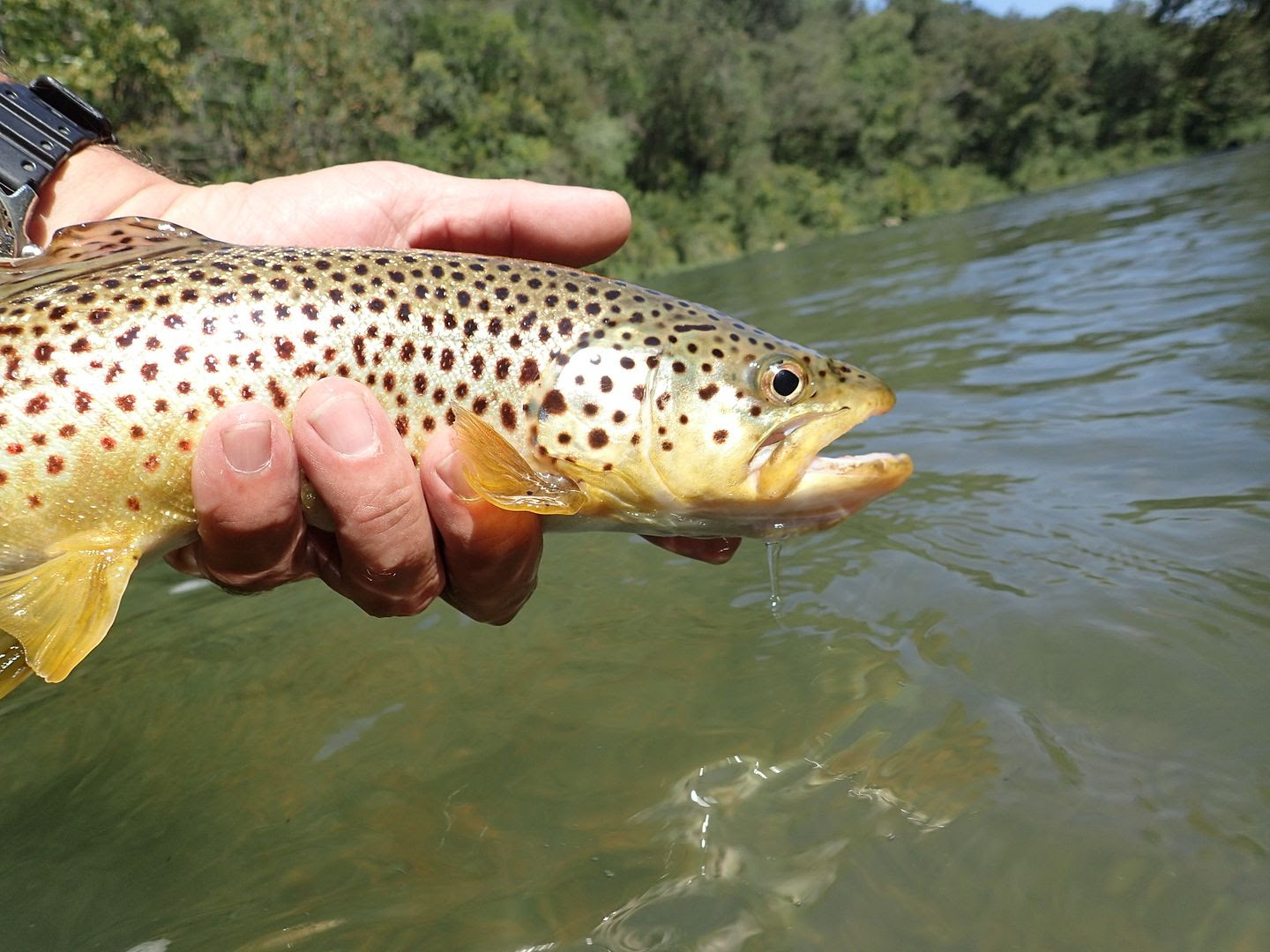 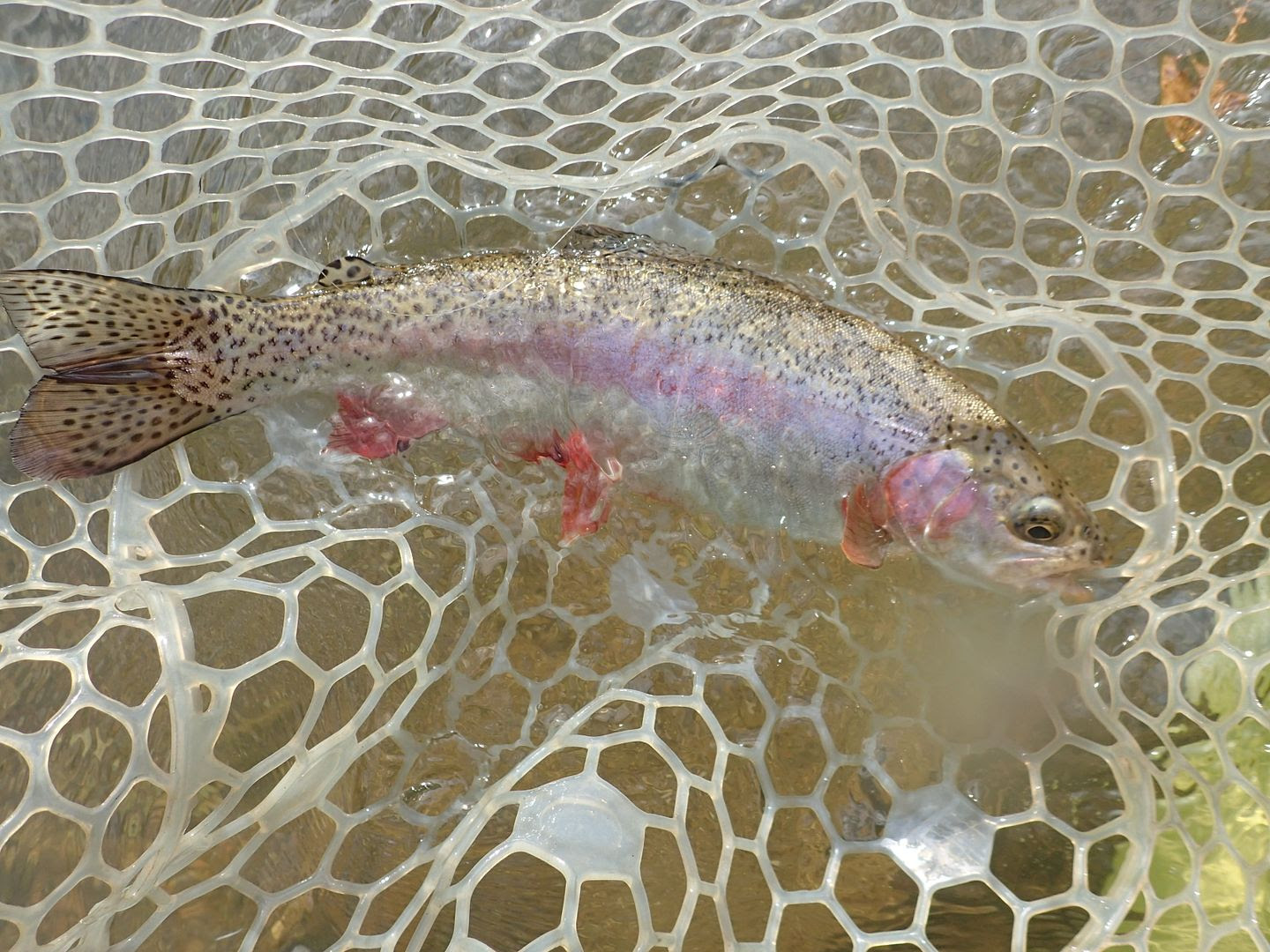 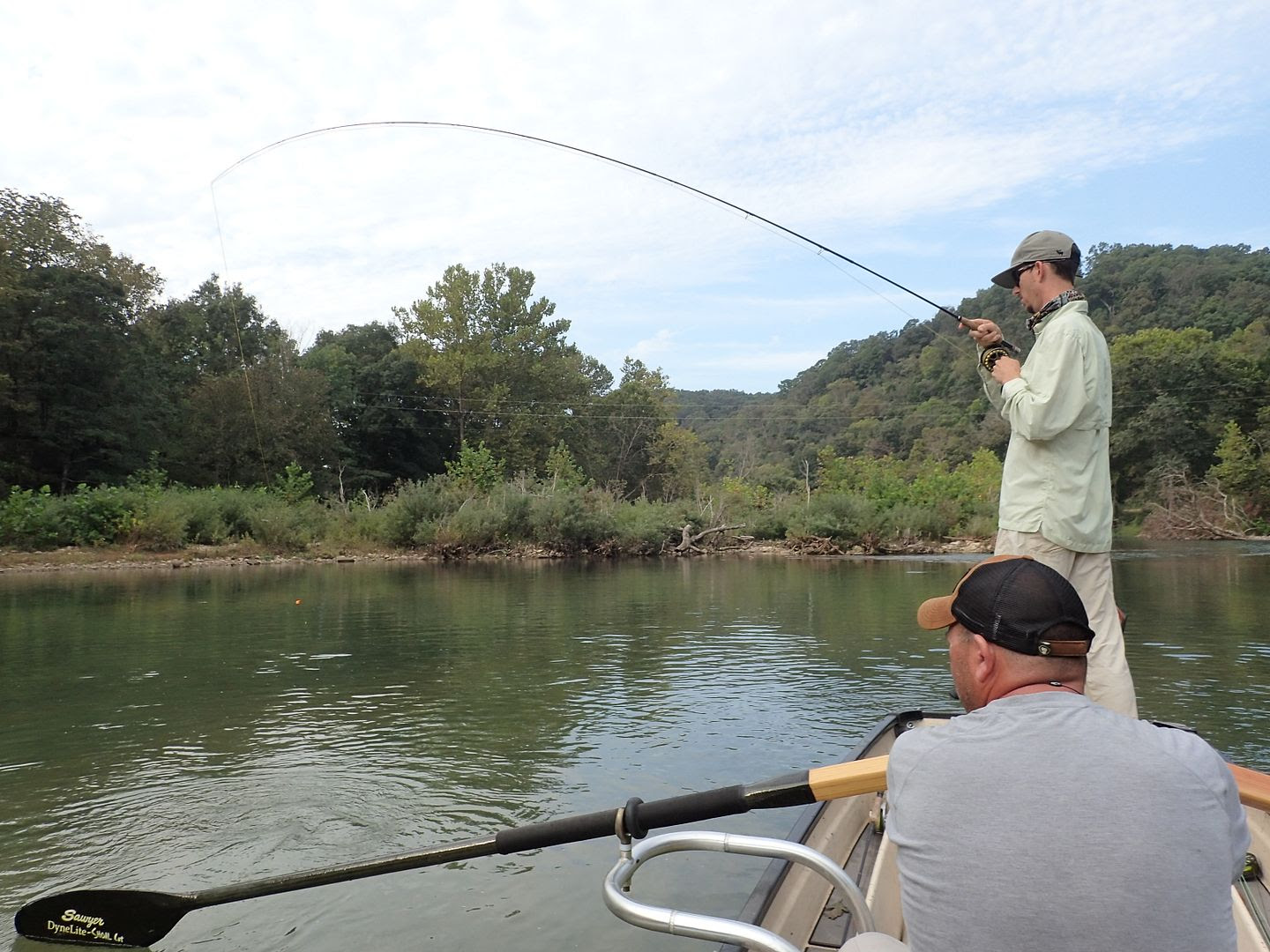 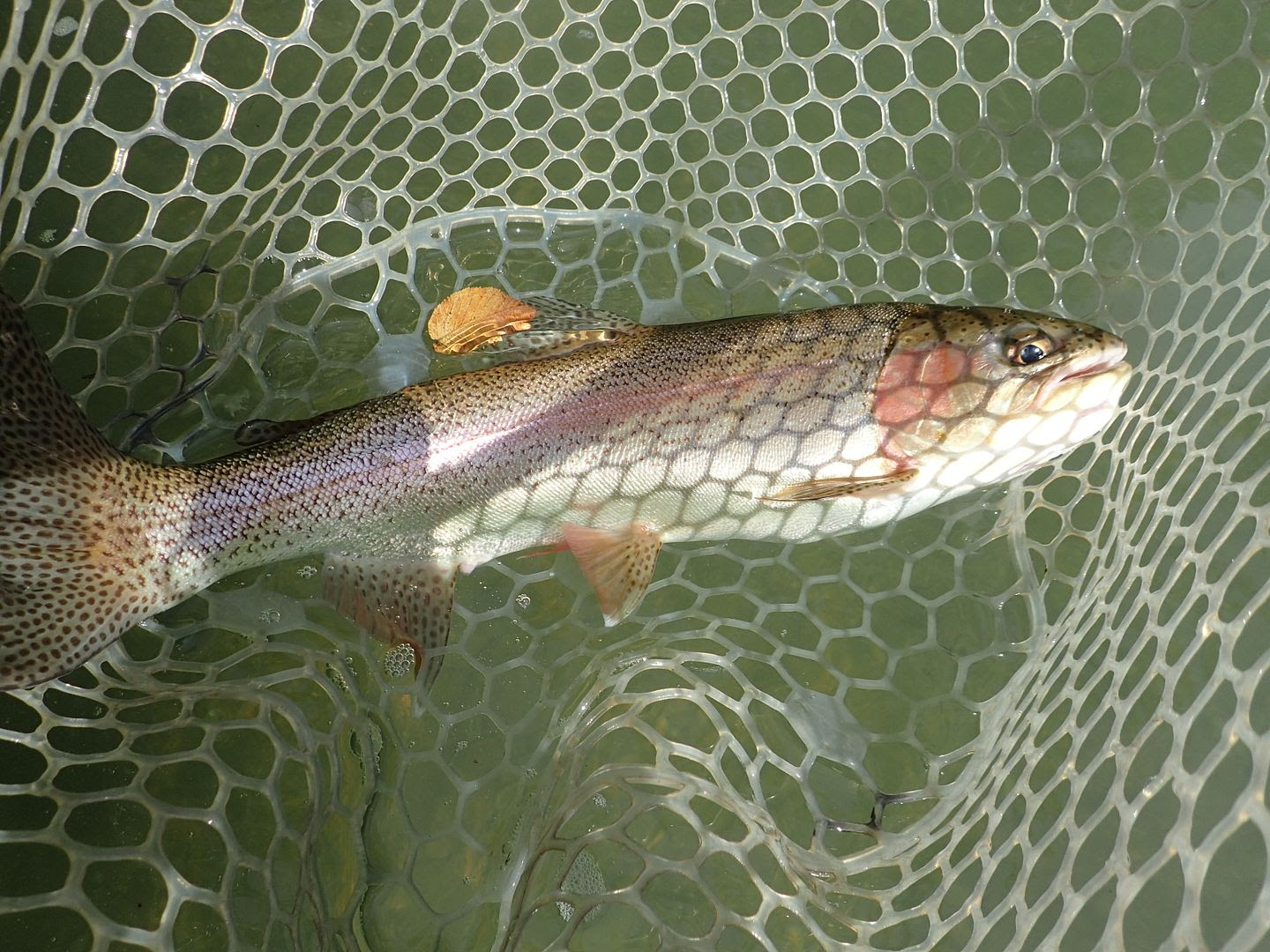 Daylong floats accompanied with the usual streamside lunch (fried chicken, of course) followed by a night of sitting around camp stargazing and telling stories with a cold beer and a good cigar was pretty much how the weekend played out. 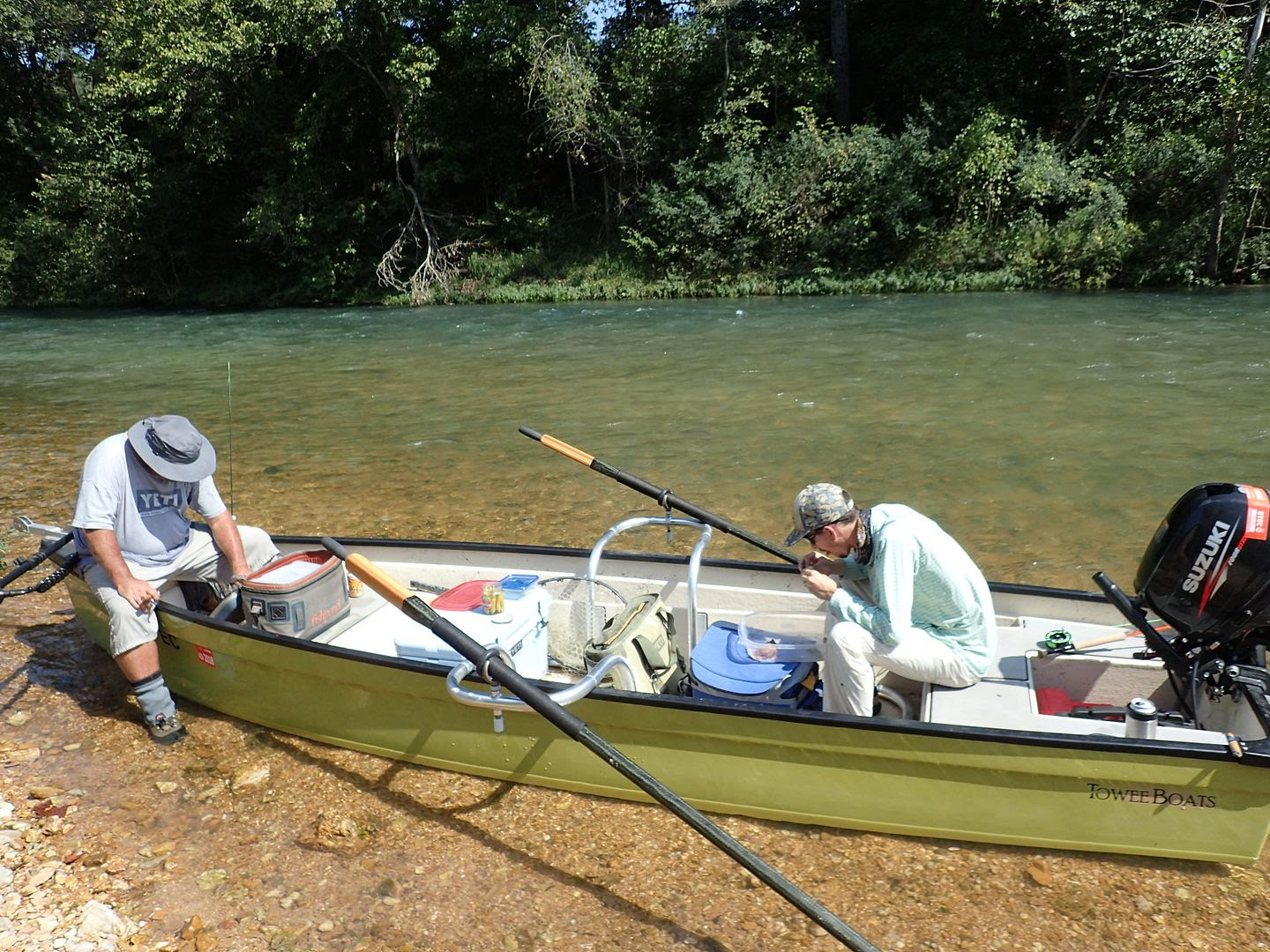 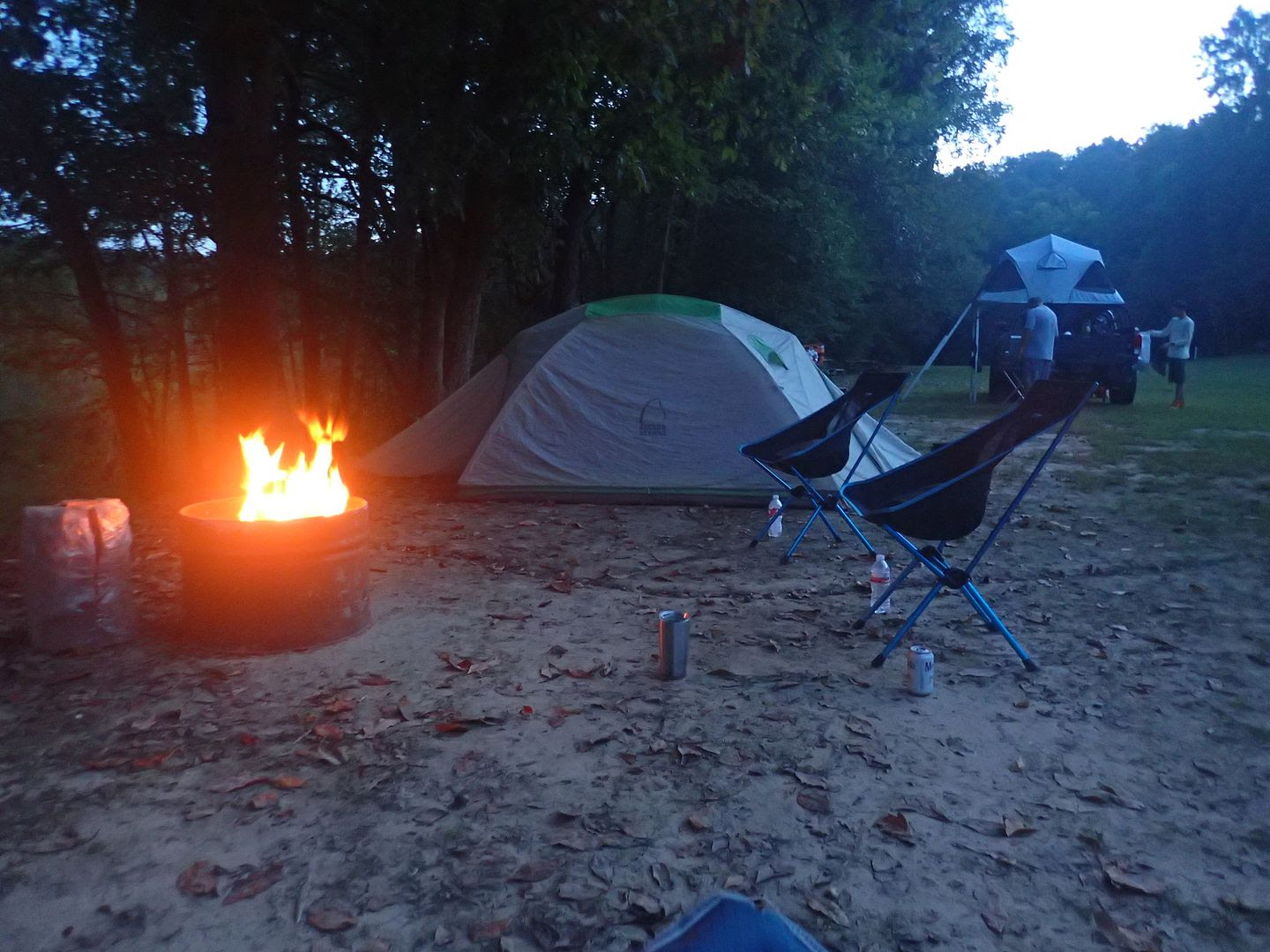 Saturday we floated the lower stretch of river and got to sample some of the diversity that this stream offers in the way of fish, you can't beat these two species when it comes to heart pounding streamer action. 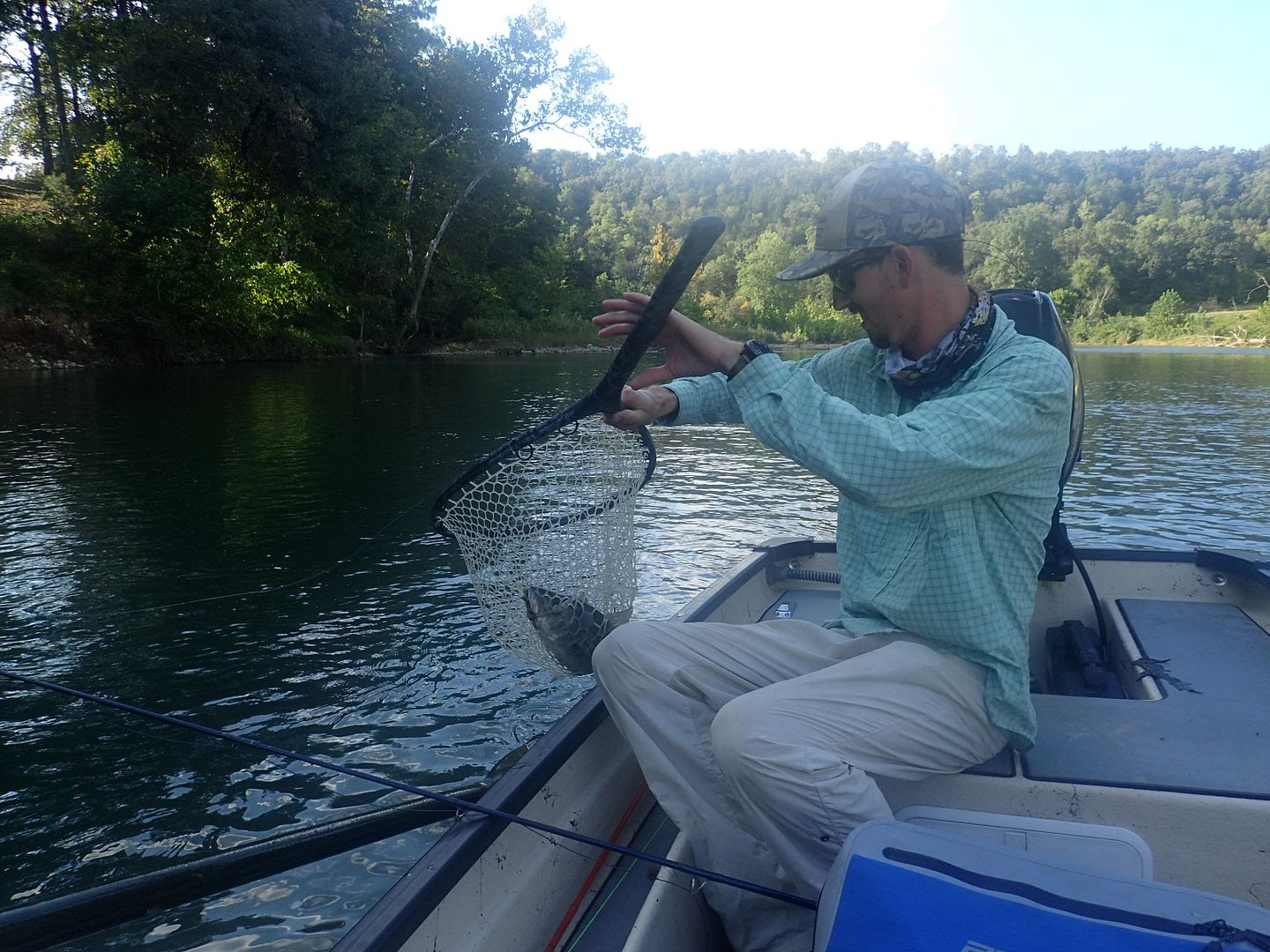 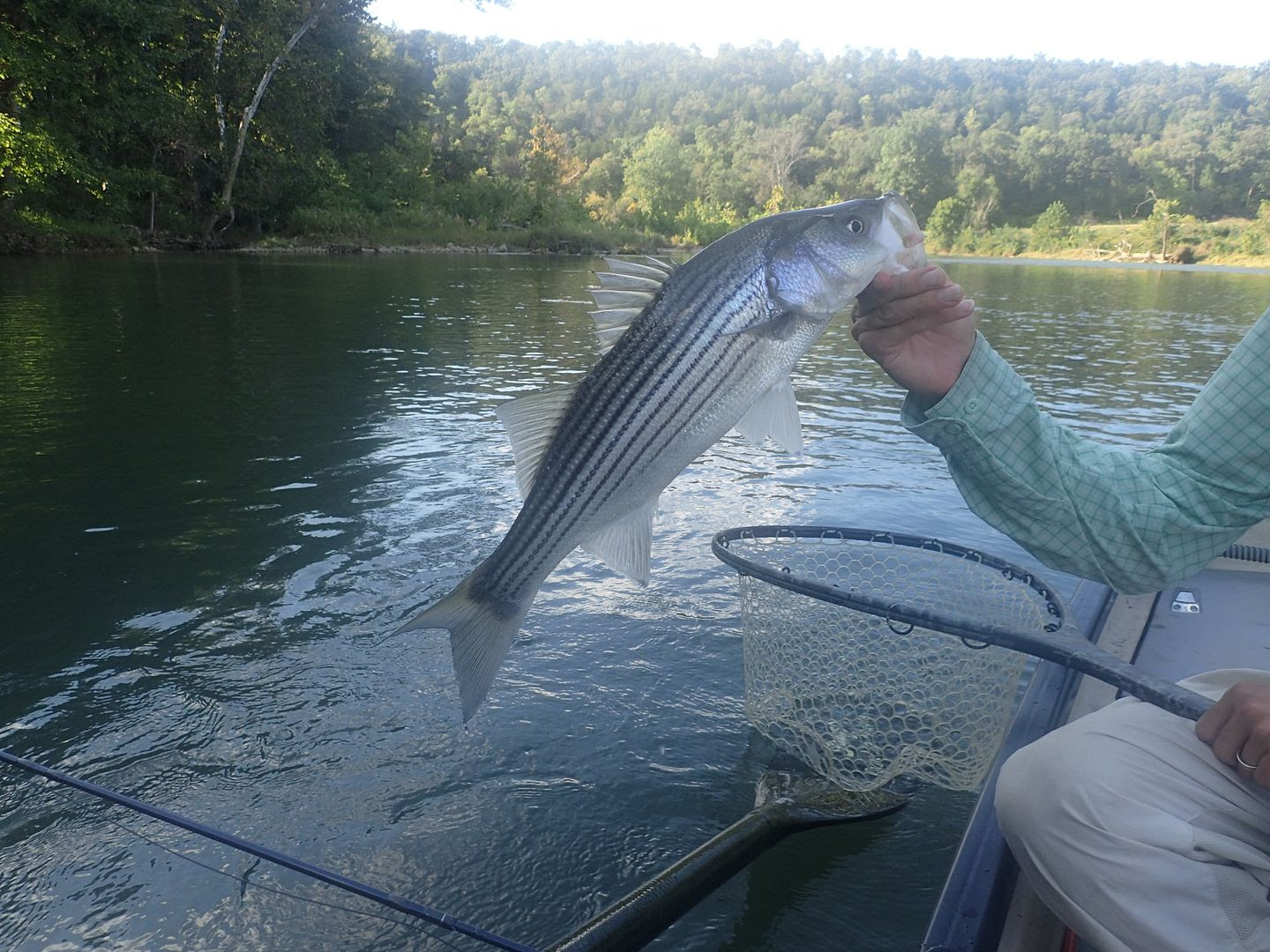 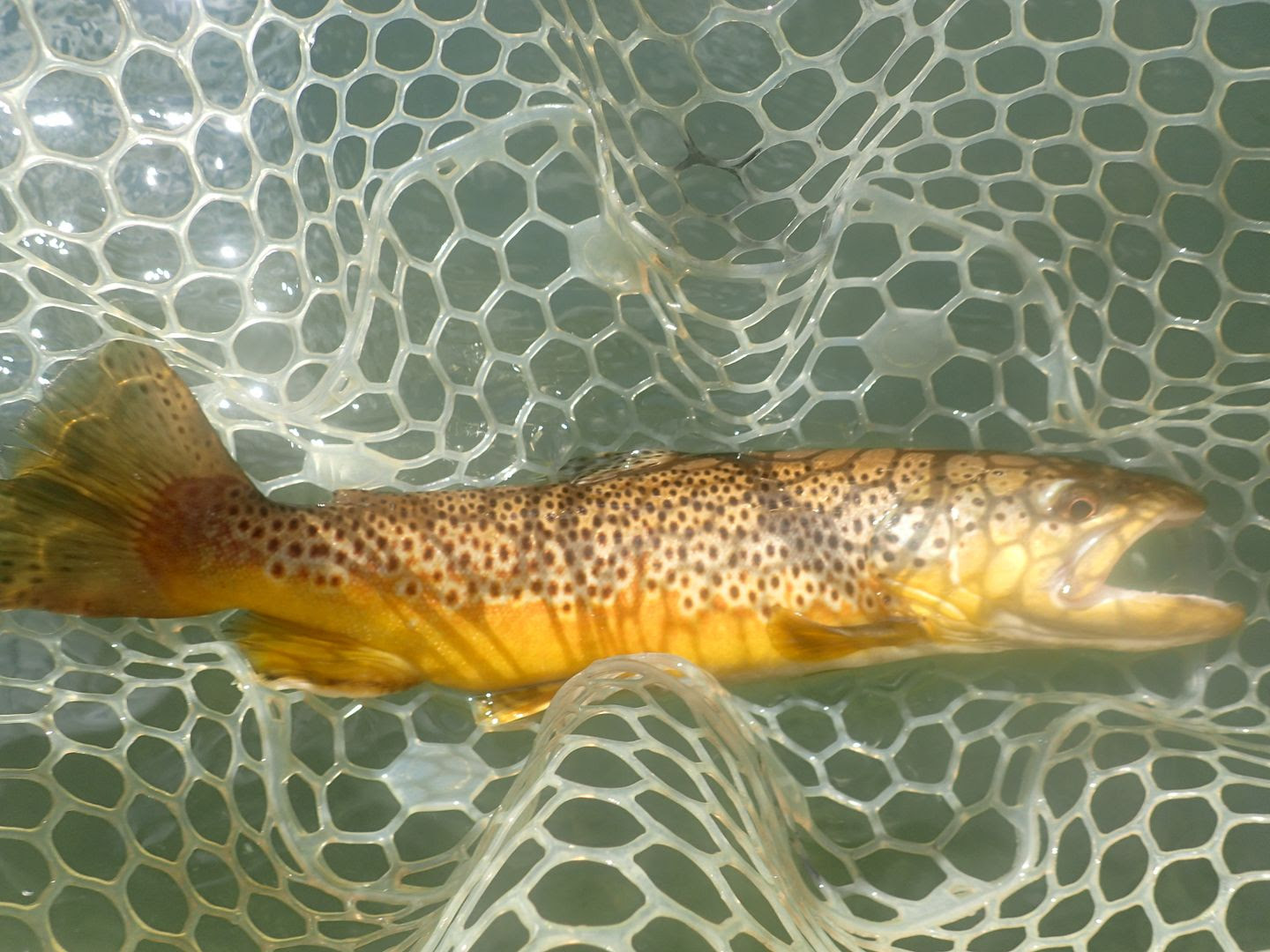 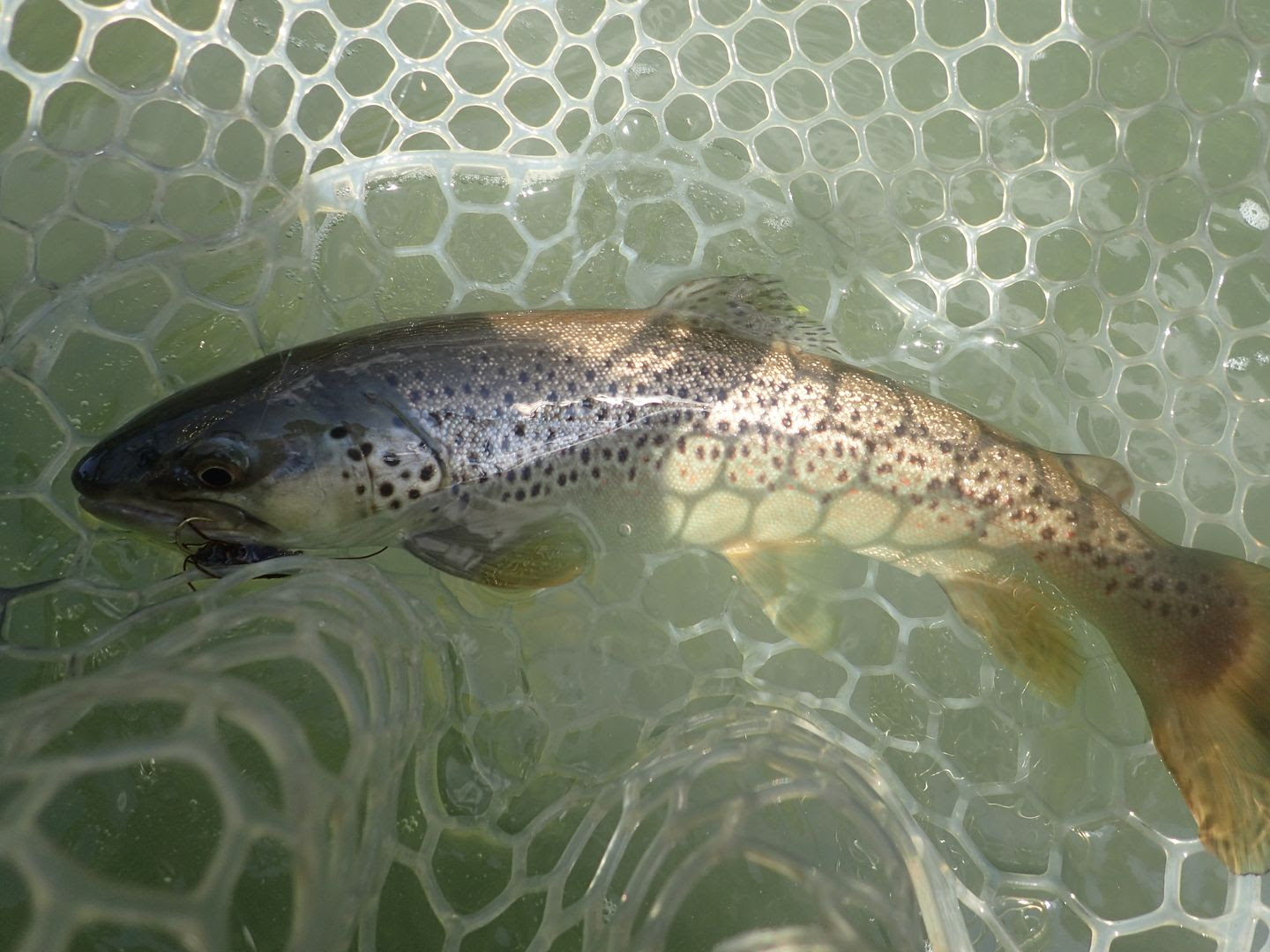 Sunday it was back to the middle river for a shorter float that would put us back at camp in time to get packed up and on the road at a decent hour.
The fishing itself was very enjoyable, the numbers were about average and the fish size pretty much fell into that category as well, with the exception of a few real beauties that made it boatside over the course of the trip. 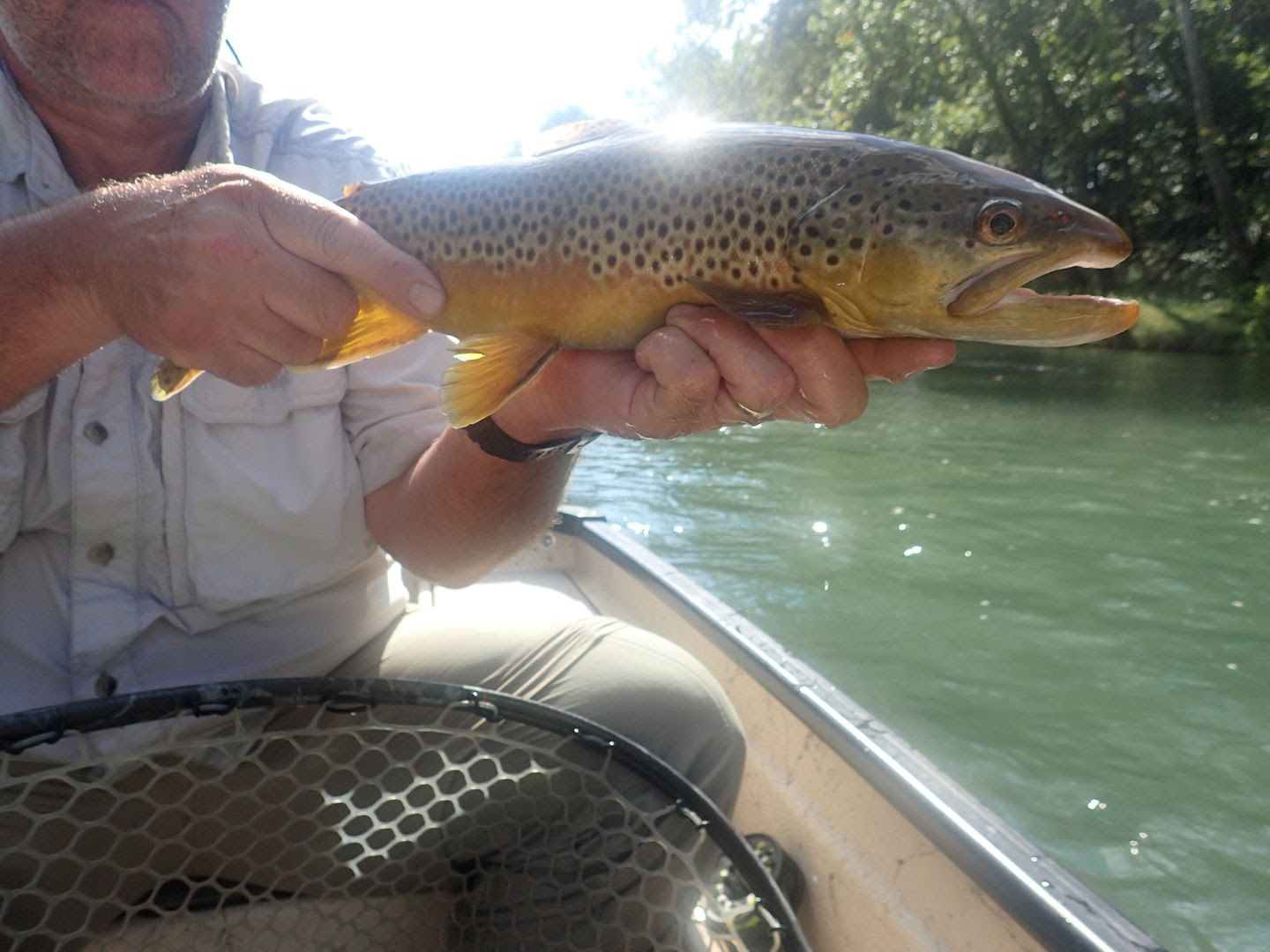 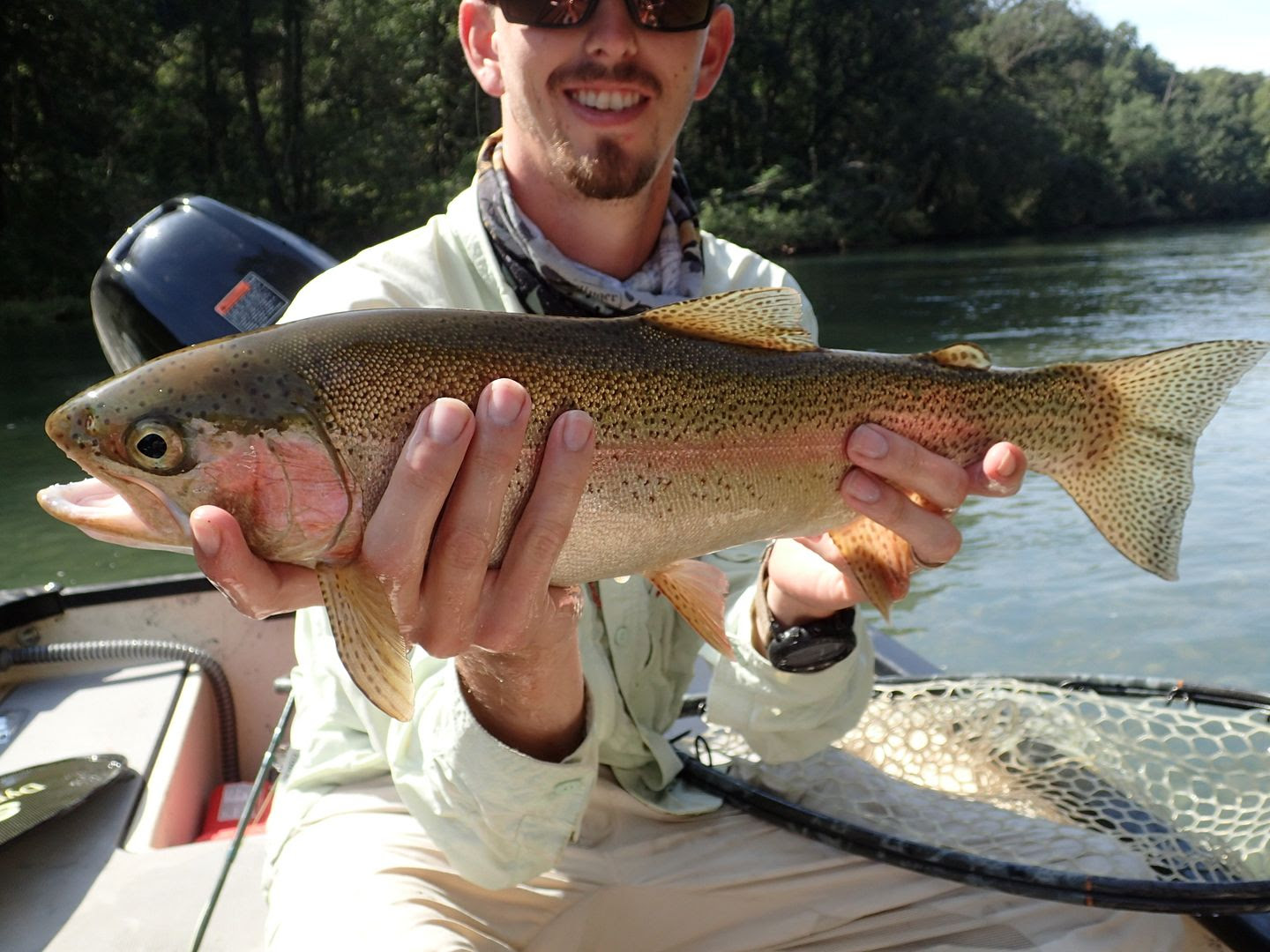 While the trees havn't started to turn yet and the daytime temps were still warm enough to warrant a few quick dips in the spring fed waters throughout the day, the evenings were beginning to take on a subtle flavor of Fall. Just cool enough that the campfire was a welcome addition and not simply window dressing. And that sleeping bag actually got used for the first trip in who knows how long. The quiet and solitude that awaited us each evening at camp was the true indicator though, just a few weeks prior we would have had to share our riverside abode with more than just the local wildlife. 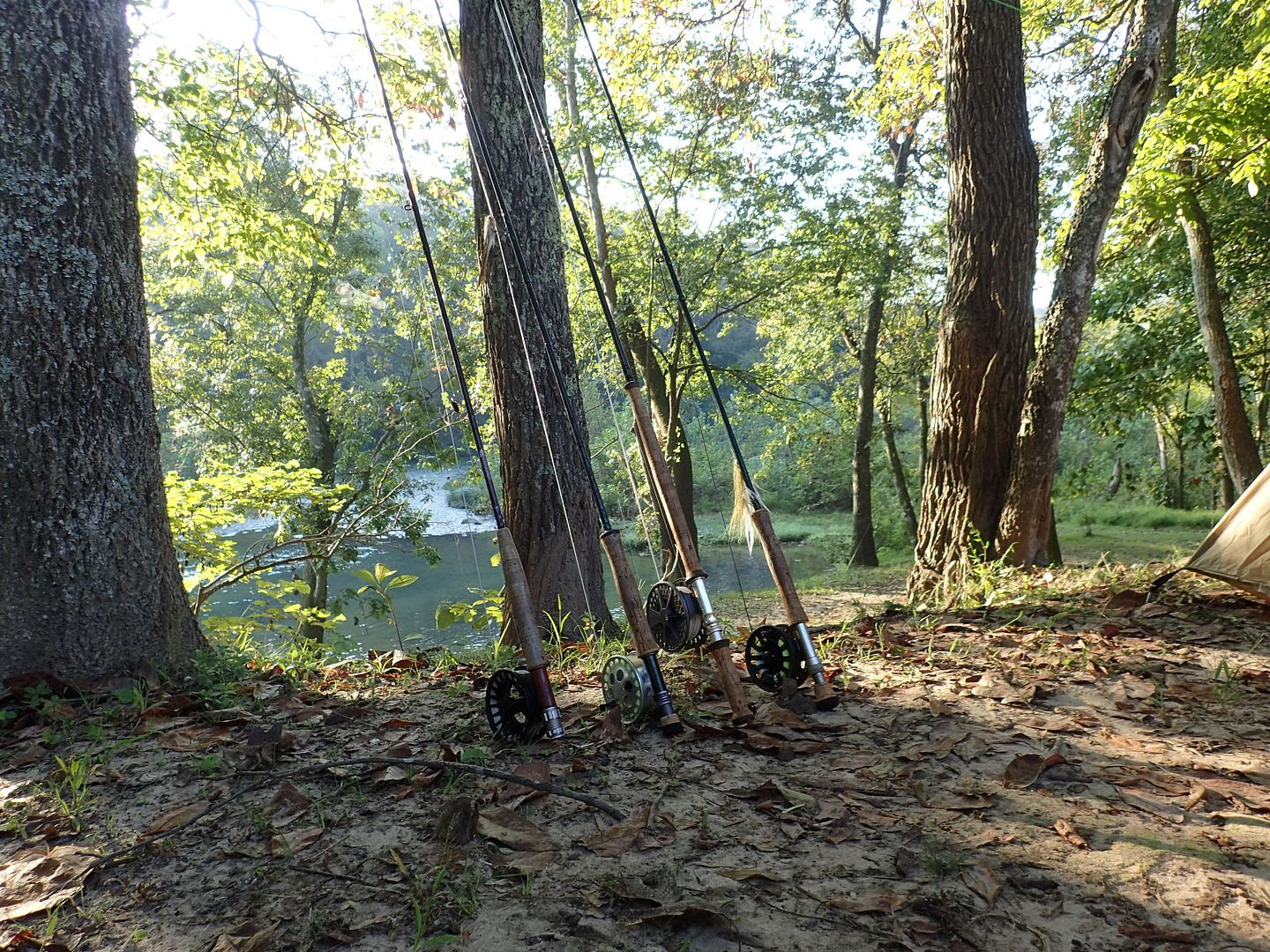 A great week to start off what I hope is a Fall full of many more fishing opportunities just like this one. 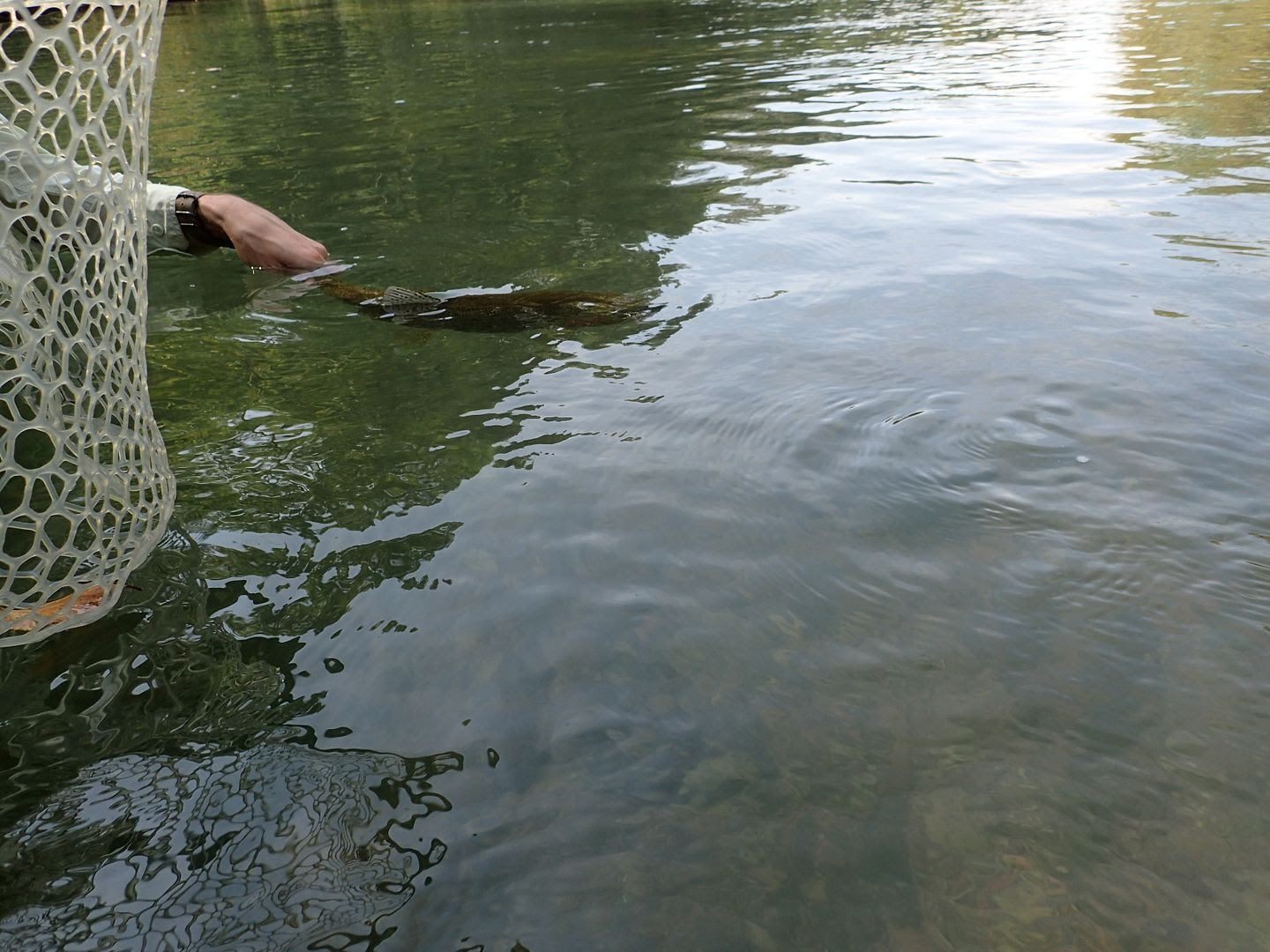 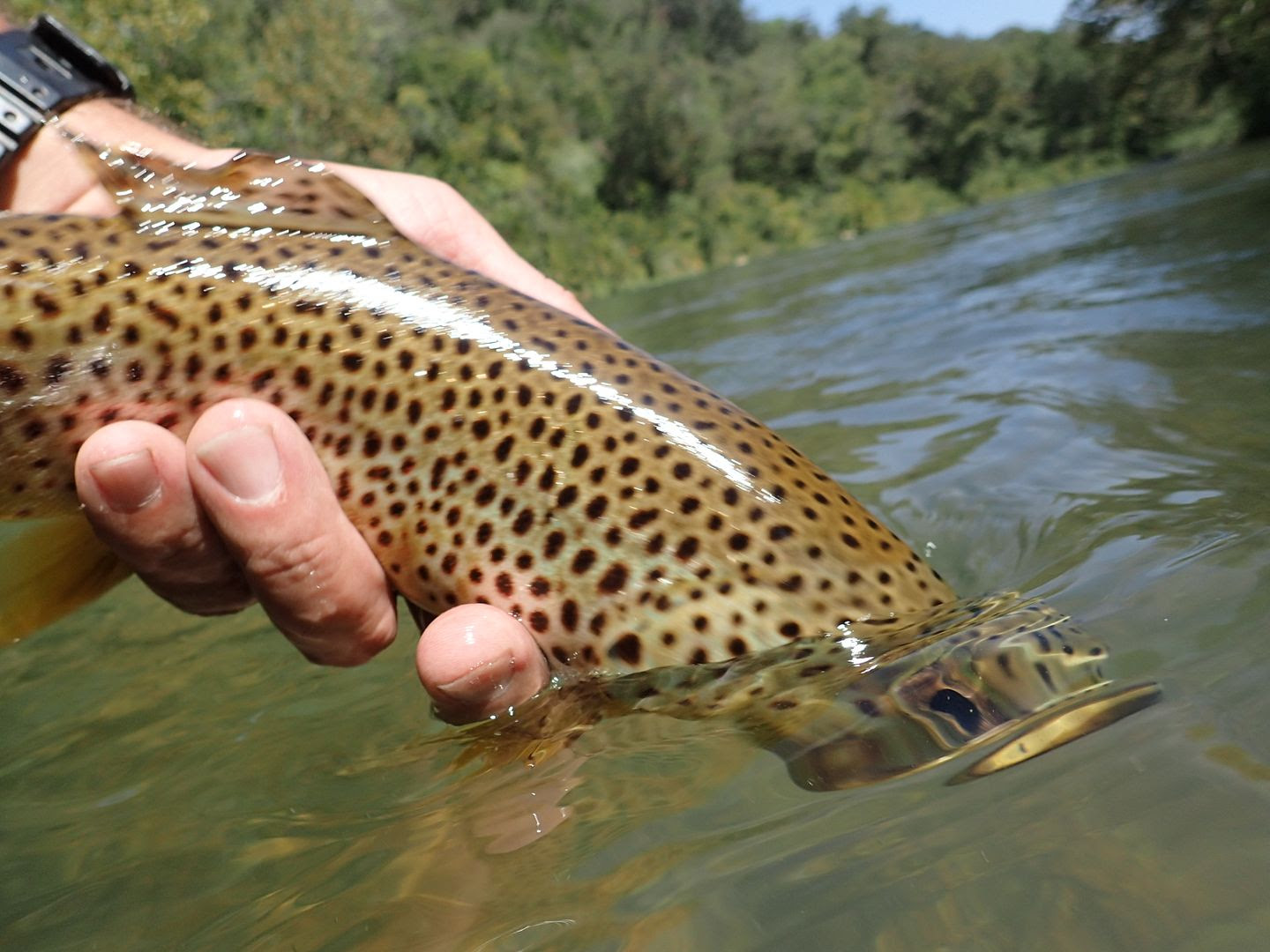