Last Streamer Trip of the Season?

I'm running just a little behind with this post it seems. Last weekend I managed to sneak back down to the White River again for more of that big fly streamer action. The lake is almost back to normal, which means lessening generation... and this warmer weather has my mind wandering to wet wading for smallies.
The days of chasing trout are soon to be put on the back burner, replaced by several of their warmwater brethren.For now though, one last big water trip in the books.
Mostly the same cast of characters, still chasing the same objective and having a hell of a great time doing it! 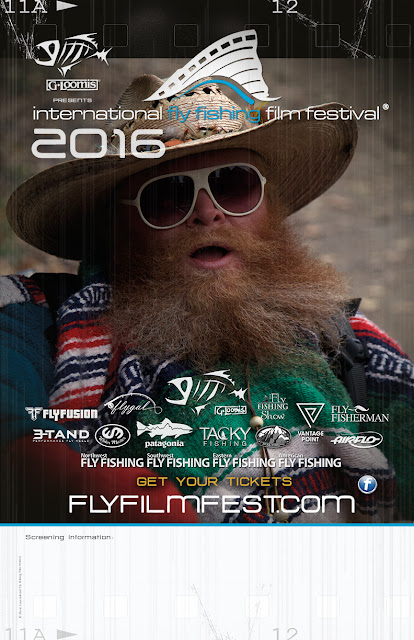 The local TU chapter is bringing the IF4 Film Festival to the Kansas City area for the first time this year. While I have never been to one of these showings, I've seen many of the previous years videos and have to say they put together a quality selection of films. I've heard good things about the event from those I know who have attended in the past, I mean what's not to like about fly fishing porn and hanging out with a few like minded individuals. I definitely plan to set aside the evening for tipping back a few cold ones and checking out the newest fly fishing films.
Following is the information I was given on the event, there is a link to a few short trailers and then a separate link for actual purchasing of tickets.

When: Wed March 16th. Doors open at 6. Show starts at 7. Runtime for show is about 1:40
Where: Glenwood Arts Theater: SE corner of 95th/Mission in Leawood
Tickets: $10 in advance / $15 at the door if any are left. Will post updates on ticket availability as we get closer.

Raffle: A large number of raffle items have been donated to for the event. Raffle tickets will be available for a donation at door.

Post event libations: We will be going to O'Neills pub across the street for something cold and frothy to drink.


**I could not get these links to work properly when setting them up, you will have to copy the link and then paste it in your browser. I will try to fix the issue as time permits**

Last weekend I had the opportunity to spend a few days fishing one of the more well known big trout factories in the country, the White River in Arkansas. The local fly shop holds an event every year around this time called StreamerFest that draws like minded individuals from near and far to share stories and a little time on this storied water chasing big brown trout. Enough reason to make a short pilgrimage down South.
My fishing partner arrived Thursday night to take possession of his new river ride, a sweet looking Towee just off the production floor.

I drug my own ass out of bed around 3:00 am Friday morning to get on the road early for the 5 hour trek South. We met at our humble riverside abode for the weekend and within the first 10 minutes had the boat backed in the water right in front of the cabin.

The motors owners manual called for several hours of break-in before putting it into full service...this one got 20 minutes of idling while we unloaded our shit into the cabin and then it was time to put her to the test on some big water, 30,000 cfs worth of big water.

As you might guess, there wasn't a bobber or a nymph in the boat all weekend. 350 to 400 grain sinking lines and big, nasty flies were the order of the weekend...my favorite style of fishing. We got on the river to find something that looked more like the mighty Mississippi than the trout filled river we were used to.
As streamer junkies we're always hoping for high water to push the fish up against the banks, but these water levels had us fishing in peoples backyards. Still, it was much more suited for what we wanted to do than dealing with the usual low water conditions that greet us when we arrive.
After a quick rundown of the boat and trying to figure where we were going to store all the shit that normally accompanies us, we headed upstream to join the armada of boats that were drifting down hucking half chickens at the flooded banks in hope of sticking the fish of a lifetime.

We spent the rest of the day doing the same, with the river throwing us a few bones in the way of decent fish, but nothing over the two foot mark which seem to be the only fish that even get mentioned on this water.

Having spent enough time on this river to know how fickle of a bitch she can be, we pulled the boat out at the end of the day considering it a success to have put a couple in the net and fubar'd a few others. As long as the fish are eating it's all about that opportunity that might present itself on the next cast, that drive that keeps you going on those many fishless days.

Saturday was the actual day of the big flyshop event with fly tying classes led by Galloup and Schmidt, tackle reps showing off their latest wares and lots of other activities to keep folks entertained. We didn't see any of it, opting to spend all of the daylight hours available to us on the water.

Standing around a flyshop talking about fishing is great...actually fishing is even better. We managed to put a couple more decent fish in the net over the course of the day, had a few LDR's and lots of chases that just never found the end of a hook.

While it might not have been the kind of day you go back to the shop bragging about on a river like this, it was more than enough to put smiles on our faces and assure that an alarm clock wouldn't be needed the next morning...regardless of the adult beverage consumption that evening.
We spent the rest of the evening hanging out at the shop with everyone else, eating the free food and drinking the free beer (we're not the type of guys to miss out on either of those things). Met up with and talked to several other Drakians who were in attendance, as well as lots of other guys I hadn't seen in awhile. Not a bad way to cap off a good day on the water.

Sunday the crowds were a little lighter out on the river, whether it was because everyone had to pack up and head home for work the next day or just the results of free beer the previous night is hard to say. We headed back to a stretch of water that had been good to us with the intention of hitting it hard on our last full day of fishing. After listening to all of the stories flying around the previous evening of big browns that were caught by a few lucky anglers we were anxious to get back on the river. Ten hours of getting after it with nothing for sustenance except a cooler full of beer and a Ziploc bag with a handful of mini Snickers...that's what rumors of 30 inch fish will do to a guy.

We gave it a solid effort and had another good day as far as streamer fishing is concerned, at least by our lowly standards.

While we started off the weekend with hopes of a true "ditch pig", something over the two foot mark, the reality of it all is that those fish are few and far between. Even on a river with a reputation for giving up big fish fairly consistently there are no guarantees. I fish waters on a regular basis where our weekends results would have been nothing short of stellar, and while we might not have accomplished our end goal of a true "trophy" White river fish, it didn't diminish the fact that we got to spend several days with good friends doing something we are truly passionate about. In the end it's all about perspective...regardless of what river you're fishing and what the idea of a quality fish on those waters are, success can only be measured by the guidelines you set for yourself.
As we got off the water for the last time that weekend two cold ones were pulled from the cooler and a couple of cigars were lit...all in celebration of what was, at least for us, a great weekend.